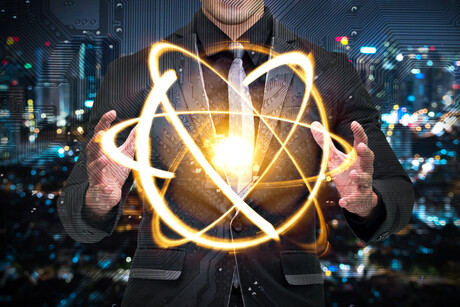 The Australian Government is investing $111 million to secure the country’s quantum future, supporting the commercialisation, adoption and use of this new technology to create jobs, support Australian business and keep Australians safe.

The Hub will be supported by the development of a National Quantum Strategy and quantum technologies prospectus, designed to align industry and government efforts and unlock greater private sector investment. The Strategy will be informed by a National Committee on Quantum, comprising a group of industry stakeholders and experts to be led by Australia’s Chief Scientist, Dr Cathy Foley.

It is estimated that the development, commercialisation and adoption of quantum technologies can deliver Australia $4 billion in economic value and create 16,000 new jobs by 2040. Indeed, Minister for Science and Technology Melissa Price said quantum technology offers incredible defence industry, scientific and economic opportunities for Australia.

“These investments will enhance our global reputation and help us work with other like-minded countries to develop this critical technology,” Price said.

“This is a fantastic technology that will improve our lives and transform our industries like finance, communications, energy, health, mining, manufacturing and agriculture.

“Australian scientists are at the cutting edge of quantum development and our research in this important area punches well above our weight internationally.

“Australia now has an important mission to commercialise our research, particularly given quantum technologies are increasingly vital for industries in key areas like defence and national security, as flagged in the recent AUKUS agreement.”

Minister for the Digital Economy Jane Hume said the government is grasping the opportunities in quantum technology for Australians — as a jobs creation vehicle and game-changing technology for research, innovation and productivity.

“The global quantum industry is expected to be worth at least $86 billion by 2040, and I’m determined to see Australians secure their share of those jobs and economic activity,” Hume said.

“By embracing and fostering this technology we can increase the power of computing, as well as help create more reliable navigation and more secure communications. It’s the logical extension of our investment in digitisation and a focus of the Digital Economy Strategy.”

Science & Technology Australia (STA) has described the investment in quantum as “a smart money bet” and applauded the appointment of Dr Foley to lead the initiative, who as CSIRO’s Chief Scientist led the development of a Quantum Technology Roadmap for Australia.

“Few people know as much about quantum and the promise it holds for Australia as Cathy Foley — she’s a leading researcher with a deep understanding of how to take promising technologies through to commercialisation at scale,” said STA CEO Misha Schubert.

“Quantum technologies don’t just hold the promise of computing at unimaginably fast processing times — they could transform industries like health care and manufacturing to give Australia a serious strategic advantage.

“Australia is a world leader in quantum technology — and we should drive home that lead with a coordinated national strategy.”

Digi-Key Electronics has released new features for its Scheme-it tool and announced its latest...

Japan and Finland to collaborate on development of 6G

Over the next few years, a roadmap for the 6G standard will be created and research into the...