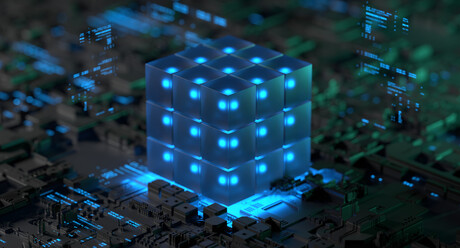 A new network of scientists, entrepreneurs and industry partners aims to drive Australia to the forefront of quantum software research and development.

“The breadth and depth of talent in Australia, focused on both foundational research into quantum information science and building the actual tools that will be utilised for a future industry, is extraordinary,” said Professor Michael Bremner of UTS.

“But many other countries — such as China, Japan, the US, Germany and France — have invested far more into this critical technology during the past decade, and have leapfrogged Australia.

“Australian researchers have been at the forefront of building the theoretical and software foundations for quantum computing, and the AQSN is designed to accelerate this further by building the partnerships, both domestically and internationally, to keep Australia a major component of the global quantum industry far into the future,” he said.

The Australian Quantum Software Network (AQSN) aims to bring together vast expertise across Australia in quantum software and information theory research and development.

The network was launched by the Minister for Industry and Science, Ed Husic MP, at an event at UTS last week.

The AQSN launches with over 110 members across 30 academic groups at nine universities and two Australian-based quantum software startups, representing the world’s most extensive collection of quantum software and information theory expertise:

The AQSN has also teamed up with six initial partners to foster collaborations and partnerships between quantum hardware and software:

Professor Kae Nemoto, unit leader at the Okinawa Institute of Science and Technology (OIST) and recent recipient of the French national order of merit for her work in quantum technology development, said that this network will put Australia at the forefront of world-class quantum software and information development.

“Many of the most important results in our field were pioneered by Australian researchers, and the AQSN form arguably the world’s best cooperative of top-tier quantum software and theory talent. I expect extraordinary advances to come out of this initiative,” Nemoto said.

“Google Quantum AI sees Australia as punching way above its weight in quantum software and theory. Our recent investment into several research efforts in Sydney is a continuation of a long relationship with Australian quantum researchers. The establishment of the Australian Quantum Software Network exemplifies the world-class standing of the Australian research community and we couldn’t be more excited to partner with this initiative,” Boixo said.

The AQSN’s mission in the coming years is to further the growth of software R&D talent and expertise within Australia, integrating Australian innovation into the rapidly expanding global ecosystem.

Kate Pouncer, CEO of Technology Council of Australia, sees the timing of the network launch as particularly fortuitous.

“The launch of the Australian Quantum Software Network could not have come at a more opportune time for Australia’s quantum sector. The recent launch of the Australian Quantum Alliance within the Tech Council brings together the major companies and startups working on commercialising quantum technology in Australia, and the AQSN represents a highly welcomed sister network bringing together our world-class quantum researchers. We look forward to working closely with the AQSN to strengthen the quantum ecosystem in Australia, enable innovation and create more quality jobs for Australians,” she said.

Full details of the Australian Quantum Software Network can be found at www.quantumsoftware.org.au.