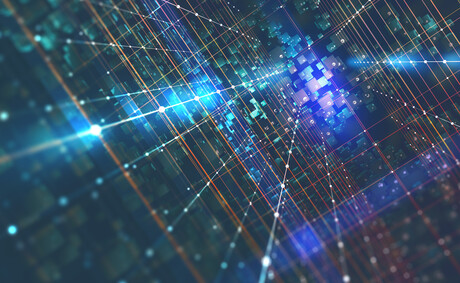 Quantum computing company PsiQuantum has raised US$450 million in Series D funding to build what it claims will be the world’s first commercially viable quantum computer. The funding round was led by funds and accounts managed by BlackRock, along with participation from insiders including Baillie Gifford and M12 — Microsoft’s venture fund — and new investors including Blackbird Ventures and Temasek. PsiQuantum has now raised a total of US$665 million in funding to date.

PsiQuantum was founded in 2016 by some of the world’s foremost quantum computing experts, who understood that a useful quantum computer required fault tolerance and error correction, and therefore at least 1 million physical qubits. The company includes a growing team of engineers and scientists who are working on the entire quantum computing stack, from the photonic and electronic chips through to packaging and control electronics, cryogenic systems, quantum architecture and fault tolerance, and quantum applications. In May 2020, the company started manufacturing the silicon photonic and electronic chips that form the foundation of the Q1 system, a significant milestone in PsiQuantum’s roadmap to deliver a fault-tolerant quantum computer.

“Quantum computing is the most profoundly world-changing technology uncovered to date,” said PsiQuantum CEO and co-founder Jeremy O’Brien, an alumnus of The University of Western Australia and UNSW Sydney. “It is my conviction that the way to bring this technology into reality is by using photonics. Our company was founded on the understanding that leveraging semiconductor manufacturing is the only way to deliver the million qubits that are known to be required for error correction, a prerequisite for commercially valuable quantum computing applications. This funding round is a major vote of confidence for that approach.”

Unlike other quantum computing efforts, PsiQuantum is exclusively focused on building a fault-tolerant quantum computer supported by a scalable and proven manufacturing process. The company has developed technology in which single photons (particles of light) are manipulated using photonic circuits which are patterned onto a silicon chip using standard semiconductor manufacturing processes. PsiQuantum is manufacturing quantum photonic chips, as well as the cryogenic electronic chips to control the qubits, using the advanced semiconductor tools in the production line of its manufacturing partner, GlobalFoundries.

“A commercially viable, general-purpose quantum computer has the potential to create entirely new industries ready to address some of the most urgent challenges we face, especially in climate, health care and energy,” said Tony Kim, Managing Director at BlackRock. “To see this promising technology deployed within a reasonable time frame requires it to be built using a scalable manufacturing process. Silicon photonics combined with an advanced quantum architecture is the most promising approach we’ve seen to date.”

PsiQuantum is currently working with global leaders in the healthcare, materials, electronics, financial, security, transportation and energy sectors to identify and optimise algorithms and applications to support business readiness for the broad adoption of quantum computing. When fault-tolerant quantum computers become available, humankind will be able to use them to solve otherwise impossible problems.