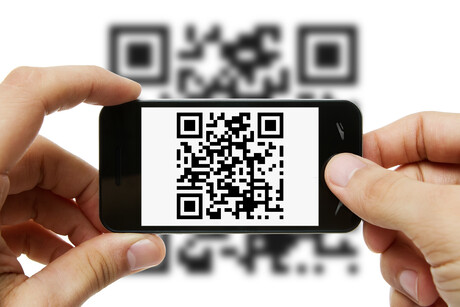 It’s played a key role in helping businesses to open up safely during COVID-19, and now the ubiquitous QR Code has received an IEEE Milestone award from the Institute of Electrical and Electronics Engineers (IEEE).

Since 1983 the IEEE Milestone award has recognised historic achievements that have contributed to the development of society and industry in the electric and electronic fields, with over 200 achievements now considered IEEE Milestones. The QR Code was recognised for helping to improve the manufacturing and management of companies around the world and for gaining ubiquity worldwide as a critical information-sharing tool in a variety of applications, such as electronic payments.

Based on the concept of being easy to read and capable of handling large amounts of information, QR Codes can handle 200 times more information than barcodes and transmit information at high speed. It was created in 1994 by DENSO WAVE (a part of DENSO at the time), with the company soon making the code widely accessible to the public and focusing on dissemination activities.

In the latter half of the 1990s, the QR Code began to be used as an inexpensive and safe technology in manufacturing processes, such as quality checking, product shipments and inventory management. Since then, the technology’s use has expanded to other fields in different industries, such as food and pharmaceuticals. In the first half of the 2000s its use expanded into everyday life, along with the spread of mobile phones equipped with cameras. In recent years it has been used for electronic ticketing, payment and, of course, registration of personal details.

Even over 25 years after its development, DENSO WAVE continues to develop the functions of the QR Code. The company has developed ‘SQRC’, which can store two types of data (public and private) in a single code, and ‘Frame QR’, which achieves a balance between free design and security. The company plans to develop these products in fields such as anti-counterfeit products and mobile ticket generation.

Both DENSO and DENSO WAVE plan to continue helping to solve social issues utilising the technologies they have developed.

The easy-to-use tool offers the most common switching regulator and interface topologies and an...

Digi-Key Electronics has secured a global distribution partnership with ERNI Electronics and...

STMicroelectronics is looking to inspire next-generation Massive IoT applications, which are...