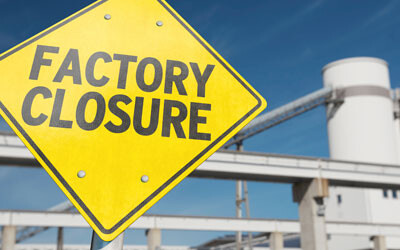 Renesas Electronics has announced its decision to withdraw from the LD (laser diode) and PD (photodiode/detector) businesses and to close the production line at the Shiga Factory of its wholly owned subsidiary, Renesas Semiconductor Manufacturing, which manufactures compound semiconductor products.

In a news release issued on 1 June 2018, Renesas indicated its intention to close the silicon product production line within two to three years. However, following the decision to withdraw from the LD/PD business and to close the compound semiconductor production line, Renesas plans to close all production lines at the Shiga Factory as soon as practicable.

Renesas initially determined that it would be able to further expand its LD/PD business in the optical communications market by discontinuing silicon products and downsizing production lines and maintaining and improving production efficiency at the Shiga Factory. However, in the past few years technological and pricing competition has intensified, leading to a decline in the market share of existing products and delays in the development of new products for next-generation communications, making it difficult to secure the revenue initially expected. For this reason, Renesas concluded that it would be extremely difficult to secure profits on an ongoing basis even with the streamlining of production lines at the Shiga Factory. The company had also been considering the possibility of transferring LD/PD production to other sites within the Renesas Group and its partner companies in Japan and abroad; however, due to the nature of semiconductor business and products and the difficulty to realise the transfer within a reasonable time frame, the decision was made to withdraw from the LD/PD business.

Renesas plans to cease all production at the Shiga Factory as soon as practicable based on the discussions with customers. In principle, Shiga Factory employees will be relocated to other businesses and factories.

With falling demand for motor vehicles, worldwide revenue for power semiconductors used in...