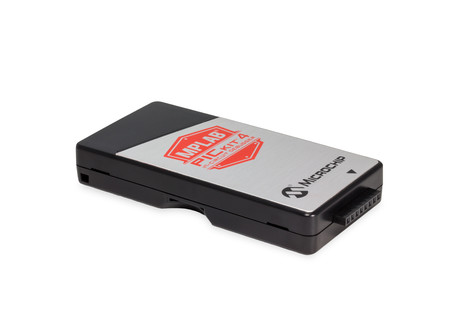 The debugging process remains an important area where many embedded design engineers would like to see improvements, according to AspenCore’s 2017 Embedded Market Study. To address these needs and enhance the development experience, Microchip Technology Inc. introduces the MPLAB® PICkitTM 4 In-Circuit Debugger.

This low-cost programming and debugging solution is ideal for those designing in the 8-bit space, but it is also perfectly suited for 16- and 32-bit development due, in part, to its 300 MHz, high-performance ATSAME70Q21B microcontroller on board. The benefits of faster programming time are less waiting and better productivity during development. This is especially important when designing with 32-bit microcontrollers with larger memory capacities.

The PICkit 4 development tool enables debugging and programing using the graphical user interface of MPLAB X Integrated Development Environment (IDE). The tool connects to the design engineer’s computer using a hi-speed USB 2.0 interface and can be connected to the target via an 8-pin single inline header that supports advanced interfaces such as 4-wire JTAG and serial wire debug with streaming data gateway. It is also backward compatible for demo boards, headers and target systems using 2-wire JTAG and In-Circuit Serial Programming™ (ICSP) compatibility.

The new interfaces make this low-cost tool compatible with Microchip’s CEC1702 hardware cryptography-enabled devices. This low-power, but powerful, 32-bit MCU offers easy-to-use encryption, authentication and private and public key capabilities. CEC1702 users can now benefit from using Microchip’s development tools and support rather than being required to invest in third-party tools for programming and debugging.

“A better and faster development tool doesn’t have to be expensive,” said Rodger Richey, Microchip’s director of Development Systems. “The MPLAB PICkit 4 programmer has all the features a design engineer needs for working with PIC, dsPIC and CEC1702 devices, as well as the capability to support future products for many years to come. Our mission is to provide the highest-performing and easiest-to-use development tools in the industry at an affordable price.”

The Microchip name and logo, the Microchip logo, dsPIC, MPLAB, and PIC are registered trademarks of Microchip Technology Incorporated in the U.S.A. and other countries.

eftpos to improve ID process for people living with disability

Salesforce to buy Slack for $37.6bn

Australian cybersecurity market worth $5.6bn in 2020