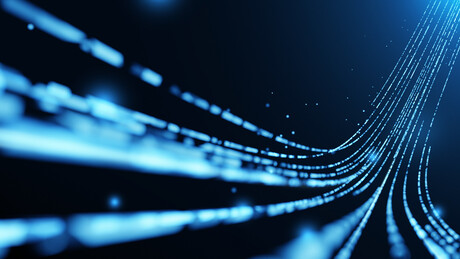 Engineers from the National University of Singapore’s (NUS) Green IC group have developed an innovative technique that allows the transfer of bits (the basic unit of information in computing) across a silicon chip up to five times more efficiently than standard set-ups.

Their breakthrough is advantageous for applications such as machine learning, where many processing cores called ‘neurons’ are constantly exchanging data, requiring ever-increasing levels of power. Such power consumption must be significantly reduced to allow for extended battery life in next-generation smartphones, smart watches and other mobile devices that require higher computing performance.

“Artificial intelligence and other popular computationally intensive applications require an increasing number of neurons to deliver the necessary performance. As a result, the power consumption jumps quadratically with the number of cores,” said Professor Massimo Alioto, who led the NUS team. “Our research demonstrates that the rising power consumption of these set-ups can be now tamed, allowing a sustainable increase in the number of cores for future generations of intelligent chips.”

“Our silicon chip demonstration sets a new standard for power efficiency — without modifying the building blocks, such as transmitters and receivers, that are typically used in these set-ups — allowing its easy adoption in existing designs,” Prof Alioto said. “Given that power, performance and cost are all fundamental drivers of artificial intelligence applications, our invention simplifies the integration of next-generation intelligent systems.”

A network on a chip

Today’s silicon systems generally adopt a ‘network on a chip’ to implement the communication features between the different processing elements on the same chip. In the case of large-scale designs, networks-on-chip reduce the complexity involved in designing the wires and also provides a streamlined structure capable of improved performance, power efficiency and reliability.

The NUS researchers invented a network-on-chip that achieves an uncommonly favourable energy-quality trade-off, substantially reducing power consumption at an insignificant loss in quality. This property permits the amplitude (voltage swing) of the transmitted signal to be dynamically adjusted, setting it to conventional values for maximum accuracy in mission-critical tasks. Lower voltage swings reduce the power consumption at minimal accuracy reduction.

As an example, this dynamic energy-quality scaling achieves prolonged battery life by allowing an imperceptible video quality degradation when full quality is not necessary. This is the case for most practical uses of smartphones, when the quality of ambient lighting is less than optimal, when the user is not paying full attention to the content or when the battery level is low. Such operating conditions are easily identified by light sensors, camera sensors and battery monitors, and are used to reduce power when allowed.

The team’s network-on-chip can also run at three times lower power for the same quality, compared to state-of-the-art approximate networks using a lower number of bits to save power.

“The proposed network-on-chip is part of a broad research investigation of energy-quality scalable systems, which have been pioneered by our group and demonstrated in several chips for vision, auditive intelligence, memory, processing and sensor interfaces, among others,” Prof Alioto said.

“Energy-quality scalable networks-on-chip were the missing link in fully scalable systems that can run at full accuracy if required, or reduce consumption down to best-in-class when full accuracy is not required. In our approach, most significant bits are dynamically routed to network wires that happen to be affected by usual levels of variations, while steering least significant bits to the wires that experience more variations.”

The development of the team’s network-on-chip is a key step towards the demonstration of a full ‘computer vision system’. Computer vision is the field of computer science that focuses on replicating the human vision system, enabling computers to identify and process objects in images and videos in the same way that humans do.

The NUS invention paves the way for a computer vision system where all components are energy-quality scalable and simultaneously adjusted to operate at the lowest power whilst maintaining an acceptable level of accuracy. The underlying research aims to demonstrate a new breed of low-power smart cameras that could operate almost perpetually under the tight power budget extracted from the environment such as via a centimetre-sized solar cell, eliminating the conventional need for wires and cables.

Cutting-edge innovation, combined with agility and digitalisation, are likely to be key factors...