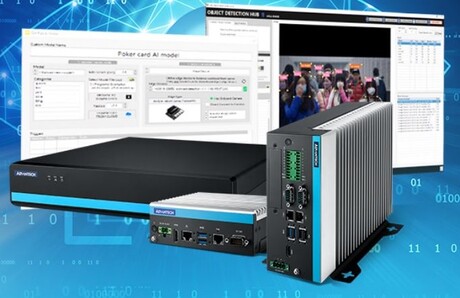 Vietnam is one of the fastest developing economies globally, and considering AI is one of the keys to Industry 4.0, the country has decided to focus on developing this technology. Australia has long hosted the presence of AI big-tech companies such as Google, Qualcomm and Wolfram, and has become the base for many successful start-up pioneers bringing AI into a real business. The Australian Government supports AI in Australia by providing investment. Both in Vietnam and Australia, smart manufacturing, smart city and intelligence surveillance are the target applications for AI; however, accelerating AI deployment in both countries requires compatible and affordable infrastructure.

ANSCENTER provides a Video Intelligent System (ANSVIS) that connects the input camera source and computing device with the flexibility to allow the user to add and remove different cameras without changing the existing infrastructure of the cloud camera system. ANSCENTER also provides training tools that simplify the designing modelling process. These trained AI models can be used in the IoT systems used in manufacturing, surveillance, engineering and education, especially around computer vision and intelligent video management systems.

Advantech says the collaboration between ANSCENTER and Advantech is a logical step forward since both organisations increasingly want to use intelligent automation based on AI technology directly in the work environment.

Together with ANSCENTER, Advantech says that it can help business owners and developers realise the potential of Al by providing them with next-generation AI solutions in Vietnam and Australia’s booming market. According to the company, the collaboration aims to lower the barriers for software developers and non-programmers by allowing anyone to build AI models, and provide a simple, cost-effective, high-performance, real-time, manageable and scalable AI solution.

Research shows that FIFA's semi-automated offside technology is both accurate and will save...