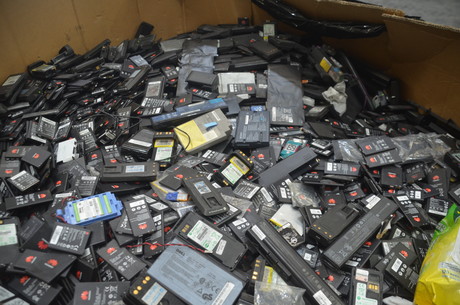 Victorian Minister for Energy, Environment and Climate Change Lily D’Ambrosio has officially opened a battery recycling plant at New Gisborne, 60 km north of Melbourne, which is claimed to be the first plant in Australia to recycle lithium batteries.

Lithium-ion batteries were first developed in the early 1990s and are fast becoming the main source of power for mobile electronics and large storage batteries in homes and industry. Until now, used lithium batteries have been sent overseas for recycling, but developing home-grown processing power means taking control of the recycling process in Australia and producing work for local communities.

With this in mind, Envirostream Australia launched its $2 million facility at New Gisborne, which recycled 240,000 kilograms of batteries last year. The company received $40,000 from Sustainability Victoria to buy equipment to increase the recovery of valuable materials in batteries.

“Envirostream is showing how opportunities can be developed in Australia’s resource recovery sector, create jobs in regional communities and capture valuable chemicals, copper, steel, nickel, lithium, other metals and graphene so they can be sent to South Korea to be used in new batteries,” said Sustainability Victoria CEO Stan Krpan.

“Only 3% of Australian batteries are currently recovered. It’s the lowest rate in the OECD.”

Victoria’s e-waste is projected to rise from 109,000 tonnes in 2015 to about 256,000 tonnes by 2035, creating a significant opportunity to capture valuable materials and reduce sending materials to landfill. And with a ban on sending e-waste to landfill taking effect on 1 July 2019, Sustainability Victoria is rolling out a $16.5 million e-waste infrastructure development and awareness program.

The program includes $15 million in grants to help Victorian councils and state government entities upgrade infrastructure to collect e-waste at more than 130 sites, which will ensure 98% of Melburnians are within a 20-minute drive of an e-waste disposal point and 98% of people in regional Victoria will be within a 30-minute drive of one. A $1.5 million awareness campaign will meanwhile be used to educate Victorians about what e-waste is, how it should be managed, and the environmental and economic benefits of re-using, donating, repairing or recycling it.

“We have a nationally coordinated partnership to increase Australia’s low recovery rates of batteries and mobile phones and want to make sure these recoverable resources are not just thrown away or sent offshore for recycling,” he said.

“We’re working with Planet Ark and MobileMuster to increase used mobile phone and battery recovery and to educate the community about the need to recycle electronic waste onshore.

“We’re in an increasingly mobile world. Lithium batteries are now the dominant mode of energy storage for domestic and industrial uses and, like other e-waste, their use is growing fast.”