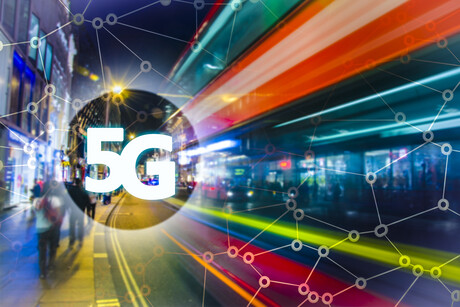 Why is Release 16 exciting? Well, suppose you are an engineer or tech person, Internet of Things (IoT) enthusiast, or maybe just a smartphone owner who wants the advantages of 5G — such as faster speeds, low latency, enhanced capacity for the IoT, increased bandwidth for transmission of larger amounts of data, and broader coverage. In that case, you should be excited about Release 16.

Release 16 brings to market the effort and technology of new capabilities and functionalities for enterprises and industrial organisations. Far greater performance of efficiency, service, and automation will propel the IoT, V2X, healthcare, and more to new levels and capabilities.

In the following, we will discuss some of Release 16’s most dynamic aspects.

Release 16 brings about sidelinking, which is direct device-to-device communication mode. Cellular networks will not be needed to enhance semi-autonomous and even autonomous driving.

Sidelinking is important, especially concerning public safety, because some V2X services will need only to have proximity interest and will need to keep operating even in areas of sparse network coverage (Figure 1).

Using sidelinking, vehicles will be able to more easily platoon, and important safety features, such as collision avoidance and cooperative lane changing, will become a reality. C-V2X will enable the first meaningful implementation of significant motor/electric vehicle safety and eventually lead to safe autonomous vehicles on the roads.

Another key implementation in realizing a true 5G deployment with Release 16 is Multi-TRP. This will be composed of macro-cells, small cells, pico-cells, femto-cells, remote radio heads (RRH), and relay nodes. All these transmission/reception points will greatly enable better reliability, coverage, and capacity performance.

5G mobile data traffic will grow significantly, especially for wireless devices at the edge of a network cell served by multi-TRPs. Signal transmission and reception will be enhanced, which means increased throughput.

5G in the Unlicensed Spectrum

The present licensed spectrum for 5G has more than 40 bands globally.

The 6 GHz spectrum also brings more bandwidth to Wi-Fi and 5G. Using anchored NR-U to combine another licensed or shared spectrum as an anchor enables licensed-assisted access or shared spectrum such as the Citizens Broadband Radio Service (CBRS) band and will boost deployments, which gives an improved user experience because of higher 5G speeds. Using standalone NR-U enables the deployment of 5G private networks entirely using the unlicensed spectrum.

TSN is a series of standards developed by the Time-Sensitive Networking (TSN) task group of the IEEE 802.1 working group. TSN will serve as a critical bridge between information technology networks managing business processes and analytics and the operational technology networks that manage the actual devices operating on the manufacturing floor.

The TSN family of standards will provide networking with accuracy guarantees for time-critical data, ideal for control systems receiving data from sensors, computer vision applications, and much more.

Industry 4.0 and IIoT are being deployed across industrial vertical markets including automotive, oil and gas, utilities, food and beverage, and pharmaceuticals.

TSN-over-5G will support TSN services over 5G to enable industrial devices such as sensors and actuators to effectively communicate with industrial controllers wirelessly and deterministically. Industry 4.0 solutions need this to help improve factory systems.

More dynamic technical advancements will come as 5G services continue to evolve with more advanced solutions. Release 16 brings new capabilities and functionalities for enterprises and industrial organisations. A higher level of efficiency, service, and automation will propel the IoT, V2X, healthcare, and more to new levels and capabilities. 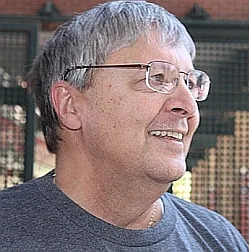 *Steve Taranovich is the author of the non-fiction Guardians of the Right Stuff, a true story of the Apollo program as told by NASA and Grumman Corp. engineers, an astronaut, and technicians. Steve was the Experienced Editor-In-Chief of EETimes/Planet Analog and Senior Technical Editor at EDN running the Analog and Power Management Design Centers from 2012 to 2019. He has a demonstrated history in electronic circuit design and applications for 40 years, and nine years of technical writing and editing in industry. He is skilled in analog electronics, space-related electronics, audio, RF and communications, power management, electrical engineering and integrated circuits (IC).

Satellite technology is increasingly being used to improve health care by providing...

GNSS is a reliable system, and to keep it as such professional GNSS receivers need to be wary of...