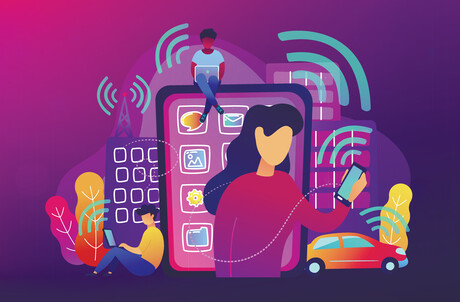 In Australia, wireless devices are regulated by the Australian Communications and Media Authority (ACMA). Suppliers are required by law to demonstrate that their wireless device complies with ACMA’s requirements for the Regulatory Compliance Mark (RCM).

One such requirement for a wireless transmitting device is to comply with the electromagnetic energy (EME) — also known as electromagnetic radiation (EMR) — rules set by the ACMA.

An important point to note is that the EME rules are not only for 5G, 4G or 3G devices. ACMA’s EME rules apply to every device that transmits radiofrequency (RF) signals — whether it be a 5G device, a baby monitor placed near a baby or a garage door opener.

What are the AMCA RF exposure limits?

ACMA’s EME rules are about the physics of the transfer of the non-ionising electromagnetic energy and the exposure levels of that energy for the human body including children. ACMA’s EME rules invoke the RF exposure limits set by the Australian Radiation Protection and Nuclear Safety Agency (ARPANSA) standard RPS3.

The metric of measurement for the mandatory limits of the RF fields is called the specific absorption rate (SAR) and is defined as the power absorbed per mass of body tissue (W/kg). Usually, SAR is measured over a small volume. The ARPSNSA RPS3 standard and the equivalent European standard prescribe an averaging mass of 10 g of body tissue, whereas the USA and Canada SAR standards prescribe an averaging mass of 1 g. Such SAR testing involves the use of liquid phantoms, representing human body tissues within a manikin and a precision robotic arm SAR probe measuring the SAR levels within the liquid phantom. EMC Technologies’ Australian testing laboratory has SAR testing capability and is NATA accredited for SAR testing.

However, such SAR measurements are expensive and often impractical to measure a wide range of devices. Hence, the ARPANSA RPS3 standard defines reference levels that are a measure of RF electromagnetic field intensity (W/m2) incident on the human body. The reference levels are conservatively formulated and compliance to these levels ensures compliance with the mandatory SAR limits. Relatively simple RF field probes (EMR meters) can be used to do such measurements. In Australia, EMC Technologies has experience in this type of measurement and has a wide scope of NATA accreditations for the testing.

Although field intensity measurements to show compliance to the reference levels are desirable, the physics of RF antennas does not allow meaningful measurements to be done at distances closer than 20 cm. Therefore, for applications such as mobile phone devices that are held against the human ear, the SAR measurement technique described earlier is the only way to demonstrate compliance. ACMA’s EME rules mandate SAR testing for wireless transmitting devices used less than 20 cm from a human body unless otherwise exempted due to low transmission powers.

In conclusion, the advent of the current sub-6 GHz rollout of 5G does not change the physics of the non-ionising electromagnetic waves. All RF exposure compliance requirements remain as they have been for decades.

IDTechEx has updated and added to its wearable technology market research portfolio, including a...

What does 'lifetime warranty' mean for electrical equipment?