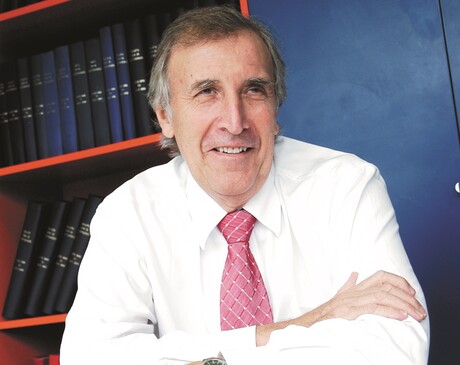 In recognition of the 40th anniversary of What’s New in Electronics (and Westwick-Farrow Media), the magazine’s current editor, Lauren Davis, steps back in time for a walk through the company’s early history…

In the ’70s and ’80s, the Australian electronics landscape looked very different to what it does today. People were beginning to realise that they could cut their costs by replacing the complicated mechanisms inside appliances such as washing machines with tiny processors that achieved the same outcome. More significantly, computers were starting to take off in a big way — some of which were being built right here in Australia.

For Adrian Farrow, who was on the board of the now-defunct Thomson Publications, it was clear that the electronics industry was “really booming”. He saw a publishing opportunity that could not be missed — yet it appeared that Thomson wasn’t interested.

“I saw all the reports coming in about what people liked and didn’t like in magazines (which at Thomson we used to totally ignore), and what I saw was that everybody liked new products,” Adrian said. “I mean, it was like 100% wanted new products and anything else was way down. So I thought, ‘Hmm, this is interesting’.”

Adrian got chatting to Edwin Westwick, who was the editor of an electronics magazine at Thomson, and together they decided to start their own publication. And so in 1981, What’s New in Electronics — the first magazine published by Westwick-Farrow Media — was born.

The partners began by approaching potential clients with what Adrian calls a “dummy magazine”, with content quite literally ripped out of English magazines and stuck down on bits of paper. But the new publication would also have its own, more unique, features — most notably, a feedback system that enabled readers to ask for more information about any product that had been published and connected them directly with the supplier.

“The client would get the enquiry, they’d get a slip of paper for their records, they’d get a sticker for an envelope so that they could send their literature out and they’d also have a full report every now and again about how many enquiries they’d had,” Adrian said. “No-one had done that. So that gave us the edge.”

The system was an instant hit, with Adrian revealing, “The thing hadn’t been out three days, and we had a call from the post office. ‘Could you come down and collect your mail?’ We had sack after sack after sack of mailed-in enquiries. I couldn’t believe it. We processed thousands of enquiries in those first few issues.”

Apart from the feedback system, the magazine was built around maximising exposure of new products, as conveyed by the distinctive What’s New branding — which would go on to be a feature of several of the company’s later titles. Of course, some of these products look positively quaint to today’s reader, with one of the early issues proudly showcasing a so-called ‘revolutionary keyboard’ — which appears to be just an ordinary computer keyboard. Adrian was also adamant that there would be no indexing, “because all you’ll do is turn to the section that you think you know and not read the rest” — and this meant his readers would be at risk of missing out on something they didn’t even know they needed.

After a few issues, the magazine expanded to cover things other than products, and so technical articles became more of a feature. There was also a slow but steady increase in the amount of colour present, with colour covers, colour ads and the occasional colour border lending some vibrancy to the magazine after its entirely black-and-white debut.

In the third issue there was even a bit of event news with the promotion of IREECON ’81, a local electronics exhibition, with the magazine devoting several pages to showcasing products that would be exhibited at the event. Some years later Westwick-Farrow would step a toe into the events game itself, in the late ’80s combining the What’s New in Electronics brand with the company’s newly launched second title, What’s New in Process Engineering (now Process Technology), to create the event ‘Electronics in Process Control’.

“We knew nothing about running an exhibition and had no idea what we were doing,” Adrian admitted. “So we go down to the State Sports Centre, they gave us two basketball courts pushed together. We aimed for 25 exhibitors on these 3x3 stands, and we advertised the hell out of it.”

Although the show wasn’t particularly large in scale, it managed to attract what Adrian described as an “absolutely enormous” crowd, as well as more exhibitors than the 25 that were expected — and served as a springboard for future Westwick-Farrow events that were organised by Edwin’s widow, Heather, until the mid-’90s. After something of a hiatus, the company made a return to the events business in the 2000s — most significantly with the 2009 launch of Comms Connect, its flagship radio communications conference and exhibition, which is now in its 12th year.

Looking back on those first few years of Westwick-Farrow’s history, it’s striking how few things have changed between then and now. The company’s magazines are still based around new products, to keep readers up to date with the latest developments in their industry. They are still free to registered readers, and they still strive to connect readers directly with product suppliers — in fact, a lot of the companies listed in the early issues of What’s New in Electronics are still clients today. Even the format of the product editorials is similar, headlined by a simple description of the product to make it easy for readers to find what they need. Westwick-Farrow is also still very much involved in industry events, whether running its own or supporting others.

So what has changed for What’s New in Electronics between 1981 and now? Technological advancements have obviously had a significant impact, both on the products published as well as how it’s all put together. These days, What’s New in Electronics is far more than just a print magazine — it also encompasses a website, e-newsletter and other digital content — and is just one of 11 titles that is currently published by Westwick-Farrow, across a team that spans sales, editorial, graphic design, digital and events.

In 2011, 30 years after he co-founded Westwick-Farrow, Adrian sold the business to Universal Magazines, and it has continued to flourish. So while Adrian has now retired, his simple but effective philosophy is still an integral part of the company culture, and can be summed up thusly by the current Managing Director, Geoff Hird: “Good products, good audience, good people.”