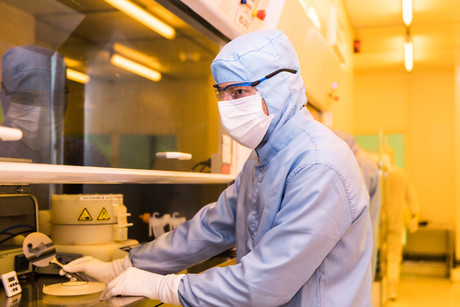 Materials technology company Archer Exploration has announced the latest milestone in its mission to create a qubit processor that can operate at room temperature — potentially a game changer for the emerging quantum computing industry.

Archer CEO Dr Mohammad Choucair explained that the processing power of classic devices, such as laptops and phones, is starting to reach its limits. The secret to greater processing power lies in quantum computing, which has the potential to solve problems that classical computers find extremely difficult or impossible. But according to Dr Choucair, the biggest problem in quantum computing bottles down to the materials that are currently available — the majority of quantum computers are only able to operate at subzero temperatures, and while other devices use light or special materials which overcome the temperature challenge, these are difficult to integrate into modern electronics.

“At the moment, all the materials that are out there, your quantum processor either works at a really low temperature, -273°C, or if it works at room temperature, it’s very difficult to integrate,” he said. “That means, generally speaking, all your quantum computers are housed in big ivory towers that you cannot access. And if you want access, you probably have to access it through the cloud. It’s not on board your device. Very limited in use, very early stages. There is no widespread ownership.”

Things changed back in 2012 when Dr Choucair, then employed by the University of Sydney, invented a conducting carbon material that was shown to have the potential to process quantum information at room temperature, thus overcoming both the limitations of subzero operating temperatures and electronic device integration for qubits. Since joining Archer as CEO around two years ago, he has helmed the company’s efforts to develop a core device (chip) made of this material, as part of the company’s 12CQ project. The quantum chip forms the basis of IP that has been exclusively licensed from the University of Sydney.

Construction commenced on the chip prototypes in June this year, with work taking place at the Research and Prototype Foundry Core Research Facility at the Sydney Nanoscience Hub, the University of Sydney. Development was led by Archer’s Quantum Technology Manager, Dr Martin Fuechsle — an internationally recognised figure in pioneering quantum device fabrication, and the inventor of the world’s first single-atom transistor. It was his job to assemble the atom-scale materials componentry while overcoming technical challenges in controlling, reducing or eliminating the technical risks associated with realising the 16 claims in the company’s patent application. 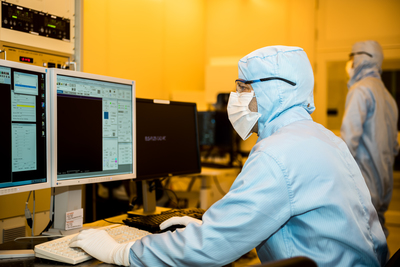 Access to the Research and Prototype Foundry’s facilities within the $150 million Sydney Nanoscience Hub was, in no uncertain terms, vital to the chip’s development. Funded under the National Collaborative Research Infrastructure Strategy (NCRIS), the Hub is part of the Australian National Fabrication Facility (ANFF), which seeks to provide micro and nano fabrication facilities to Australian researchers both academic and industry based — including big industry customers such as Microsoft, who have their own spaces within the facility. For a company like Archer, this means ongoing access to multimillion-dollar instruments that are ideal for small-scale device development — such as electron-beam lithography tools — without the need to purchase such instruments.

“We’re transferring patterns at these scales of a few nanometres up to a few hundred microns,” said Nadia Court, Facility and Program Manager at the Research and Prototype Foundry. “And what’s unique in this space is the fact that we can go right from prototyping ... right through to proof-of-concept, scalable processes. So that would be going right through to pilot-scale production.

“People are using these facilities to change designs on the fly, try and see whether or not they can get things working, and there’s a very fast turnaround. So that actually really does tend to de-risk the value proposition for people who are investing in commercialisation of technologies in this space. So that’s one of the reasons why these types of facilities are so good.” 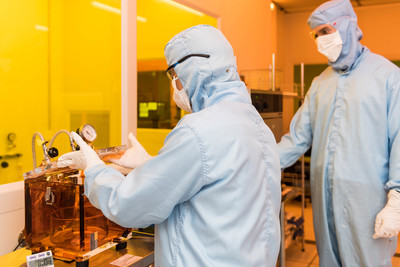 When it came to assembling the first component of Archer’s chip, a single qubit component was isolated and precisely positioned on a silicon wafer. The process was performed with nanometre-scale accuracy on a silicon substrate (though the process was not limited to silicon), at room temperature, and was found to be repeatable and reproducible. This process will allow Archer to quickly build and test quantum information processing devices incorporating a number of qubits, individual qubits or a combination of both, which is necessary to the company’s aim of building a chip for a practical quantum computer.

In August, Archer announced that assembly of its first qubit component, around 50 nm in size, was complete. Dr Choucair said this was a remarkable achievement, noting, “The qubits are only a few tens of nanometres in size and this means we need to have a high level of accuracy in physically positioning our qubits to successfully build a working device. It is incredibly difficult to apply such a high of degree precision in controlling qubit location; however, we have unambiguously achieved this.” 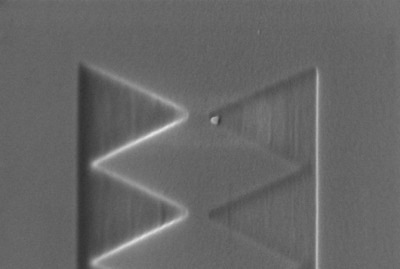 Electron microscopy image of a single qubit component, around 50 nm, positioned with nanometre-scale precision on a silicon wafer surface.

Although too small to view with the naked eye, the qubit base material is now proudly stored by Archer in a vial of liquid, as a testament to its structural stability. As explained by Dr Choucair, “When you think about what are the prerequisites of doing quantum computing at room temperature, you need to have something called an electron spin lifetime of more than 100 ns. We have the only conducting material that’s able to show a spin lifetime of 175 ns. 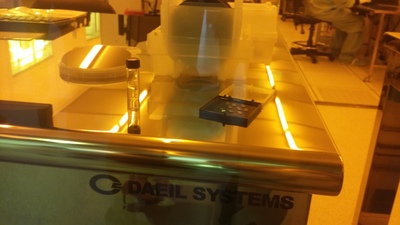 The qubit material is now stored in a vial of liquid (left).

Further improvements and optimisation to the process are likely to reduce the time required to build a working chip prototype, according to the company. But while other organisations may seek to use such a chip as the basis of a purely quantum computer, Archer’s end goal is more of a hybrid device.

“We don’t envision having a quantum-only device — we’ve always envisioned having a quantum chip sitting side by side, integrated into current and modern electronics,” Dr Choucair said. “And that’s actually a very big deal for us to even be able to say that. Not many institutes or organisations even have the possibility of saying that.

“On every single device on the planet potentially you could integrate a quantum chip and have it used under practical conditions. So we don’t need low temperatures, we don’t need well-defined crystals, we don’t need atomic manipulation, photonics, use of metals — all this stuff. That’s how big of a paradigm shift this material represents.

“What kind of opportunities will that allow? Take two examples: I want to send money overseas, and I want to send a WhatsApp message. If you did have a quantum chip in there, then you could start running software and algorithms that can do this a lot more securely and a lot more efficiently. So that’s something that other people would look at as a potential offering for that end use.” 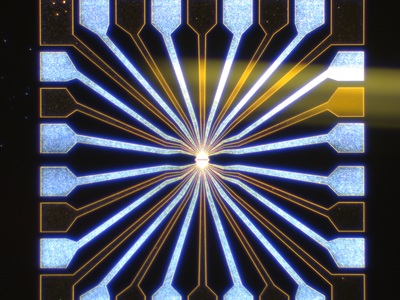 Archer now seeks to continue development of the 12CQ qubit processor chip by completing the next stages of component assembly towards a proof-of-concept prototype chip. The company later intends to commercialise chip products through licensing and direct sales by seeking to establish commercial partnerships with highly resourced and skilled organisations, which could allow for product scale, IP transfer and distribution channels.

“In the next 12 months we want to continue building our chip, and we want to progress our technology readiness level … which means putting the components together, testing them, assembling a device, and also start validating the technology’s commercial readiness.”