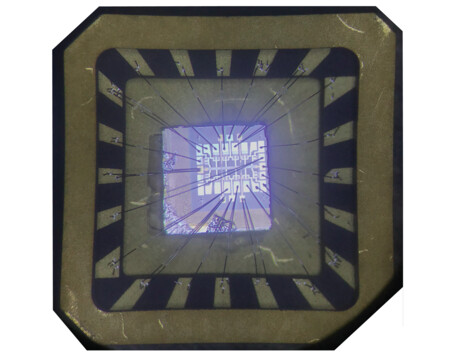 UNSW researchers have found that ‘growing’ electronic components directly onto a semiconductor block avoids messy, noisy oxidation scattering that slows and impedes electronic operation — with the resulting high-mobility components serving as ideal candidates for ultrasmall electronic devices and quantum dots as well as for qubit applications. Their research has been published in the journal Applied Physics Letters.

Making computers faster requires ever-smaller transistors, with these electronic components now only a handful of nanometres in size. However, in even smaller devices, the channel that the electrons flow through has to be very close to the interface between the semiconductor and the metallic gate used to turn the transistor on and off. Unavoidable surface oxidation and other surface contaminants cause unwanted scattering of electrons flowing through the channel, and also lead to instabilities and noise that are particularly problematic for quantum devices.

Field-effect transistors (FETs) are one of the building blocks of consumer electronics, computers and telecommunication devices. High electron-mobility transistors (HEMTs) are field-effect transistors that combine two semiconductors with different bandgap (‘heterostructures’) and are widely used for high-power, high-frequency applications such as mobile phones, radar, radio and satellite communications. These devices are optimised to have high conductivity (in comparison to conventional MOSFET devices) to provide lower device noise and enable higher frequency operations. Improving electron conduction within these devices should directly improve device performance in critical applications.

The quest to make increasingly smaller electronic devices demands the conducting channel in HEMTs to be in close proximity to the surface of the device. The challenging part, which has troubled many researchers over the years, has its roots in simple electron transport theory.

When electrons travel in solids, the electrostatic force due to unavoidable impurities/charge in the environment causes the electron trajectory to deviate from the original path; the so-called ‘electron scattering’ process. The more scattering events, the more difficult it is for electrons to travel in the solid, and thus the lower the conductivity.

The surface of semiconductors often has high levels of unwanted charge trapped by the unsatisfied chemical bonds — or ‘dangling’ bonds — of the surface atoms. This surface charge causes scattering of electrons in the channel and reduces the device conductivity. As a consequence, when the conducting channel is brought close to the surface, the performance/conductivity of the HEMT plunges rapidly. Additionally, surface charge creates local potential fluctuations which, apart from lowering the conductivity, result in charge-noise in sensitive devices such as quantum point contacts and quantum dots.

Collaborating with wafer growers at the University of Cambridge, the team at UNSW showed that the problem associated with surface charge can be eliminated by growing an epitaxial aluminium gate before removing the wafer from the growth chamber.

“We confirmed the performance improvement via characterisation measurements in the lab at UNSW,” said study co-author Dr Daisy Wang. 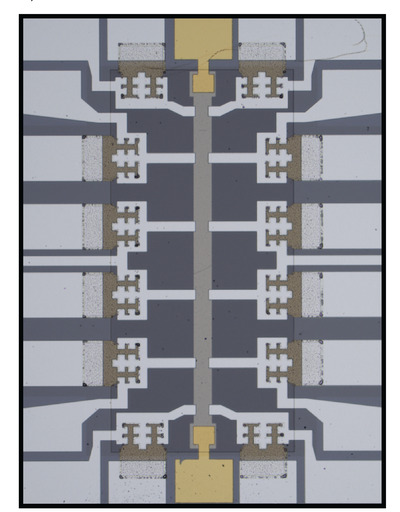 The heterostructure device being constructed and studied at UNSW.

The team compared shallow HEMTs fabricated on two wafers with nearly identical structures and growth conditions — one with an epitaxial aluminium gate, and a second with an ex-situ metal gate deposited on an aluminium oxide dielectric. They characterised the devices using low-temperature transport measurements and showed the epitaxial gate design greatly reduced surface-charge scattering, with up to 2.5x increase in conductivity.

The high conductivity in ultrashallow wafers, and the compatibility of the structure with reproducible nanodevice fabrication, suggests that MBE-grown aluminium gated wafers are ideal candidates for making ultrasmall electronic devices and quantum dots, as well as for qubit applications.