The high road to 5G infrastructure 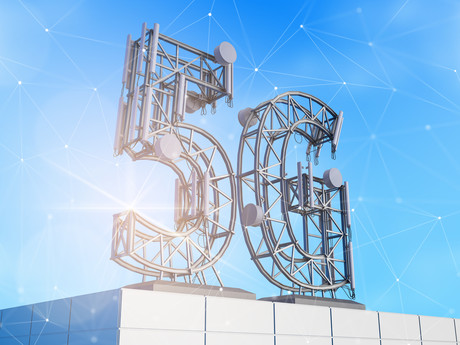 The first tangible evidence of fifth-generation (5G) infrastructure has not been in mobile network base stations but rather in the Verizon fixed-wireless access (FWA) base stations for very high-speed broadband delivery to homes and businesses. This move has seemed counterintuitive for many people for two reasons.

First, FWA at millimetre wavelengths was attempted before — in the late 1990s as a local multipoint distribution system (LMDS), which during its short life was supposed to be a wireless ‘last-mile’ solution and operated between 27 and 31 GHz. This solution died a sudden death because the required technology wasn’t ready; what was available was expensive; customers were few; and there was little prospect of delivering content because there was no content.

Second, Verizon has hurtled headlong toward one of the most difficult challenges in deploying 5G wireless infrastructure: that is, deploying and operating equipment in the millimetre-wave region of the spectrum — a core element of the 5G ecosystem thanks to immense amounts of available bandwidth — presents significant challenges and has never been attempted before.

These challenges include fabricating and deploying cost-effective millimetre-wave equipment, and dealing with the short signal propagation distance achievable at these frequencies, along with severe attenuation due to almost anything from foliage to precipitation; and even low-emissivity glass used in modern homes and buildings. Propagation is also entirely line of sight, which limits range and requires more base stations to serve a given area as well as massive multiple-input multiple-output (MIMO) capabilities. Look a bit closer, though, and tackling millimetre-wave operation first may turn out to be a brilliant stroke. Think of it as a high-tech version of the camel’s nose parable. Here’s why.

Deploying wired technology has become prohibitively expensive, even though it delivers speeds that are far faster than hybrid fibre-coax (HFC) cable. Moreover, fibre to the home (FttH) has never taken off because, as a wired service, it — like HFC — is still expensive to deploy. Verizon, the major United States FttH provider, has deployed it in few places and now has nearly stopped (as AT&T has likewise), although both companies are currently deploying fibre at lightning speeds for other applications — which in the case of Verizon has been at a rate of more than 1000 miles per month.

In contrast to cable and FttH, millimetre-wave FWA has the potential to exceed the speeds of both wired technologies, with no permitting issues or complex customer premise equipment (CPE). The millimetre-wave FWA base stations typically reside on existing utility poles, while CPE equipment consists only of a millimetre-wave transceiver with MIMO or multi-user MIMO (MU-MIMO) capabilities. The end-user device is also a router, and the antenna is mounted either indoors or outdoors depending on the characteristics of the installation. FWA also provides a testbed for the deployment of the millimetre-wave technology, which will be vital once the mobile portion of the 5G rollout arrives and later for use in the industry’s ‘cellular-to-everything’ architecture for autonomous vehicles.

The main question is whether the latest attempt to use millimetre wavelengths to deliver broadband will prosper or suffer the fate of its LMDS predecessor. The latest results from the field show that achieving acceptable coverage will require much more infrastructure than projected, which alone could make the service economically unfeasible. The ultimate determinant, however, will be potential customers and whether “if you build it, they will come”.

Selecting the right industrial joystick for your application

Costing aside, choosing the right industrial joystick when such requirement is called for can be...