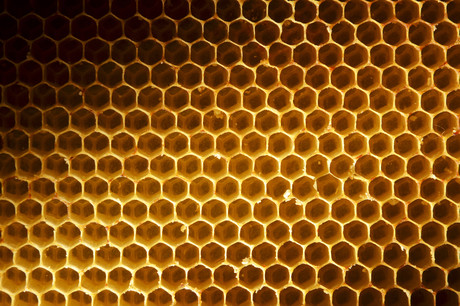 US scientists have invented a magnetic material that addresses two of the chief complaints surrounding battery-operated electronics: short battery life and too much heat generation.

Led by Deepak K Singh, associate professor of physics and astronomy at the University of Missouri, a group of physicists developed a lattice material in a honeycomb pattern that exhibits distinctive electronic properties. Their two-dimensional, nanostructured material was created by depositing a magnetic alloy, or permalloy, on the honeycomb-structured template of a silicon surface.

The material conducts unidirectional current, or currents that only flow one way. It also has significantly less dissipative power compared to a semiconducting diode, which is normally included in electronic devices. Its properties have been described in both Advanced Science and Advanced Electronic Materials.

“Semiconductor diodes and amplifiers, which often are made of silicon or germanium, are key elements in modern electronic devices,” Singh said. “A diode normally conducts current and voltage through the device along only one biasing direction, but when the voltage is reversed, the current stops. This switching process costs significant energy due to dissipation, or the depletion of the power source, thus affecting battery life. By substituting the semiconductor with a magnetic system, we believed we could create an energetically effective device that consumes much less power with enhanced functionalities.”

The left side shows the atomic force micrograph, exhibiting a honeycomb structure pattern behind a magnetic device. Inset shows the schematic of current flow direction. On the right, electrical data reveals diode-type behaviour of current flowing in one direction. Inset shows that the dissipative power is of the order of nanowatts in the current flowing direction, which is at least three orders of magnitude smaller than the semiconductor diode. Image credit: Deepak Singh.

The magnetic diode paves the way for new magnetic transistors and amplifiers that dissipate very little power, thus increasing the efficiency of the power source. This could mean that designers could increase the life of batteries by more than a 100-fold. Less dissipative power in computer processors could also reduce the heat generated in laptop or desktop CPUs.

“Although more work needs to be done to develop the end product, the device could mean that a normal 5-hour charge could increase to more than a 500-hour charge,” Singh said. “The device could also act as an on/off switch for other periphery components such as closed-circuit cameras or radiofrequency attenuators, which reduces power flowing through a device.”

The scientists have already applied for a US patent and have begun the process of incorporating a spin-off company to help them take the device to market.