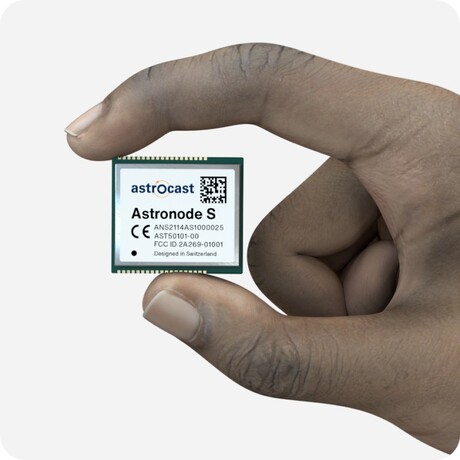 CEA, a French technology-research organisation, and Astrocast, a global satellite Internet of Things network operator, have announced their successful collaboration on a low-cost, bidirectional communication module that enables corporations to communicate with their remote assets in areas not covered by terrestrial networks.

The module’s L-band chip, based on a new architecture developed by CEA’s Laboratory of Electronics Information Technology (CEA-Leti), is a key hardware component that enables Astrocast customers to benefit from cost-efficient communication with their assets in the field through its network. Completed earlier this year in an expedited project between the research institute and Astrocast, it is embedded in Astrocast’s RF module, Astronode S.

The chip’s architecture is split over the RF core and digital processing and control units. It is fully optimised to support Astrocast’s dedicated bidirectional ground-to-satellite protocol and provides an optimal trade-off between link budget and low-power and low-cost constraints. The chip also embeds all low-Earth orbit (LEO), satellite-specific features such as satellite detection and robustness to Doppler shift.

“Terrestrial IoT networks cover only about 15%, which leaves vast remote and rural areas where our global satellite network provides coverage that is crucial for our target markets,” said Laurent Vieira de Mello, COO, Astrocast. “Leveraging its expertise embedded in a preliminary version of the RF chip, CEA-Leti developed its chip and delivered the final prototype to meet our requirements and time-to-market goals. They managed the chip technology transfer to our industrialisation, qualification and production partner.”

The project’s critical time-to-market window was managed through a flexible collaboration model covering both prototype and industrialisation phases. As explained by Michel Durr, Business Development Manager at CEA-Leti, “An accelerated time-to-market goal drove this project from the outset. We pioneered this RF technology in 2019, and our team customised it for Astrocast up to production in only three years.”

CEA-Leti’s industrial tester used for characterisation was key to accelerating from prototype to production, which enabled prototype characterisation in parallel on the tester and in the lab, Durr explained. He said, “This process provided a short-loop debug capability with all skills available at CEA-Leti, and enabled us to deliver fully validated inputs to Astrocast’s industrialisation partner for an easier industrial test-program development.”