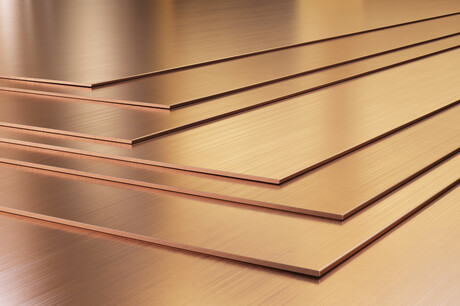 Copper (Cu) is the most commonly used metal in the electronics industry, but its life is limited by unwanted corrosion — ie, oxidation on copper surfaces. Now, scientists led by Professor Se-Young Jeong from Pusan National University have developed a new method to fabricate atomically flat, single-crystal copper thin films with semipermanent oxidation resistance, publishing their results in the journal Nature.

Copper is of fundamental importance to our daily lives due to its excellent electrical conductivity as well as other valuable physical properties, such as the ability to draw copper into thin wires. But oxidation and unwanted corrosion on its surface can limit the lifespan and increase the electrical resistance of Cu.

Previous studies have shown that Cu oxidation occurs due to microscopic ‘multi-steps’ on the surface of copper. These steps provide a source of Cu adatoms (adsorbed atoms), which interact with oxygen and provide a place for oxides to grow. This means that single-crystalline Cu is resistant to oxidation.

The research team used high-resolution transmission electron microscopy (HR-TEM) to study the Cu films, and found that the film had an almost flat surface with occasional mono-atomic steps. They then compared the single-crystal Cu films (SCCFs) with other Cu films which had higher surface roughness and found that, unlike with the other films, the SCCFs were oxidation-resistant, ie, it is very difficult for oxygen to penetrate the mono-atomic step edge.

The researchers then used a microscopic model of Cu oxidation based on ‘density functional theory’ to investigate how the SCCF interacts with oxygen. They found that the surface of the SCCF was protected by oxygen itself, once 50% of its surface was covered with oxygen atoms. Additional absorption of oxygen atoms on the SCCF was suppressed by the high energy barrier that they created.

“The novelty of our research lies in the realisation of atomically flat surfaces, ie, surfaces that are flat on the atomic level, as well as an elucidation of the oxidation-resistance mechanism of ultraflat metals,” Prof Jeong said.

The study findings not only make major contributions to the electronics and semiconductor industry, they also go a long way towards helping protect priceless bronze sculptures from damage.