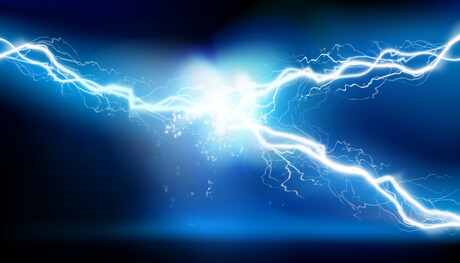 The structural flaws along a one-dimensional line of atoms generally degrade the performance of electrical materials, so these linear defects are usually avoided at all costs. But engineering those defects in some oxide crystals can actually increase electrical performance, according to an international research team.

“By introducing these defects into the material, we can change, modify or improve the material’s functional properties,” said Professor Xiaoli Tan, a long-time collaborator of Rödel’s from Iowa State University.

In addition to Prof Tan, two other Iowa State researchers helped the research team explore fundamental materials questions: Lin Zhou, a scientist in materials science and engineering at the US Department of Energy’s Ames Laboratory; and Binzhi Liu, a doctoral student in materials science and engineering. The three contributed their expertise in transmission electron microscopy — technology that can show the structures and features of materials by shooting a beam of electrons through thin samples and recording an image. The images have much higher resolution than light microscopy and can show fine details down to the scale of individual atoms.

Key to the project was the Ames Laboratory’s Sensitive Instrument Facility, built in cooperation with Iowa State. It provides a vibration- and static-free environment for electron microscopy at the highest possible resolutions.

“It’s a state-of-the-art electron microscopy facility,” Zhou said. “It provides an ultrastable environment, so we can achieve atom-level images of material and at the same time acquire chemical information.”

For this project, the electron microscopy team quantified the evidence that line defects in a crystalline material can boost electrical performance. According to Liu, the numbers showed that “the dislocations can significantly alter the behaviour of other fine features in the material”.

Prof Tan said the finding could have big implications for the electrical capacitor industry, as there are hundreds of capacitors in mobile phones and the market for them is huge. The ceramic material tested in this project has been widely used in capacitors, but the defect-induced boost in electrical performance could make it better. It is also lead-free and less toxic than other material options.

Writing in the journal Science, the researchers described their engineered line defects as “a different suite of tools to tailor functional materials” — a process that could be good for our electronics as well as our environment and health.

A new micro-LED can efficiently emit pure red light, and it may help in the quest to develop...