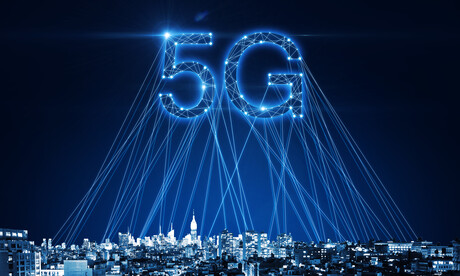 The Universidad Carlos III de Madrid (UC3M), together with the Universidad Politécnica de Valencia (UPV), has patented a multicore fibre-optic monitoring system for future use in 5G networks.

The system, developed by the UC3M’s Photonic Displays and Applications Group and described in the Journal of Lightwave Technology, has been able to light-power a system for controlling turning antennas on and off using a fibre-optic infrastructure, thus optimising energy consumption and preserving data transmission capacity.

“What we are going to achieve is a parallel system that will monitor the node’s energy needs at all times,” Professor Carmen Vázquez said. “In other words, if there is no user in the cell, which is the physical area covered by a particular antenna, we will turn it off so that it is not consuming energy.”

In addition to this, by receiving a single optical signal, the system can also monitor temperature changes in the fibre core, energy distribution using optical means at different network points and the state of the communication channel used within the fibre.

“If lots of energy is sent, the temperature inside the fibre might increase and, therefore, could be damaged,” Prof Vázquez said. “This system helps us know how much energy we are sending and make sure that the infrastructure we are using to send that energy is in good condition and we are not damaging it.”

The system can also be integrated into the communications channel itself, with minimal insertion losses and monitoring on a different control channel to the channel being used to send energy. Currently, there is no commercial system that integrates this type of technique, according to the research team.

The patent has been created in collaboration with the UPV ITEAM’s Photonics Research Labs, who manufactured the semi-reflective mirrors embedded in the optical fibres. ITEAM Professor Salvador Sales explained, “Fibre-manufactured devices monitor the power reaching the nodes in real time, while indicating the temperature, without affecting the power of the data being transmitted. This is the basis for the technique developed by the UC3M group.”

The patent has been developed within the framework of a three-year European research project known as BlueSPACE, led by Eindhoven University of Technology, which aims to develop next-generation wireless technologies. BlueSPACE seeks to contribute technologies to increase the speed of the current network, while seeking to reduce energy consumption by using centralised technologies and multicore fibres.