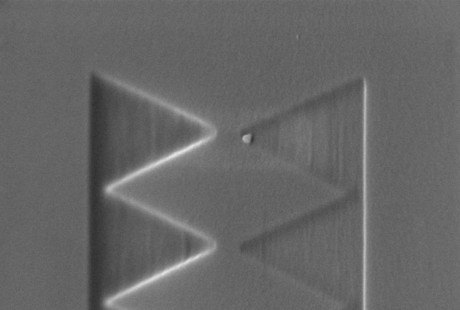 Archer Exploration, a Sydney-based advanced materials business, has announced that it has assembled the first qubit component of a prototype room-temperature operation quantum computing qubit processor (chip) as part of its pioneering quantum technology project 12CQ. The Archer team is building chip prototypes at the Research and Prototype Foundry within the $150 million purpose-built Sydney Nanoscience Hub at the University of Sydney, as part of a project which commenced in April this year.

To assemble the first qubit component of the chip, a single qubit was isolated and precisely positioned on a silicon wafer, with the process being performed at room temperature. The process overcomes the key technological barrier of demonstrating the possibility of qubit scalability in the fabrication of a working chip prototype, representing a minimum viable product: a product chip at a commercial readiness that can validate solutions to direct consumer ownership of quantum computing powered technology.

The ability to directly position individual qubits is a key requirement for building a scalable chip. To achieve this, Archer uses a carbon-based qubit that has the potential to enable chip operation at room temperature and integration onboard modern devices. The qubit is the fundamental component of Archer’s 12CQ prototype chip, as without the qubit, quantum computing cannot be performed.

The process was performed with nanometre-scale accuracy on silicon substrates (however, the process was not limited to silicon) and was repeatable and reproducible. This level of positional accuracy and control is required to build a working prototype, and the process allows Archer to quickly build and test quantum information processing devices incorporating a number of qubits, individual qubits or a combination of both, which is necessary to the company’s aim of building a chip for a practical quantum computer. Further improvements and optimisation to the process are likely to reduce the time required to build a working chip prototype.

“The qubits are only a few tens of nanometres in size and this means we need to have a high level of accuracy in physically positioning our qubits to successfully build a working device,” said Archer CEO Dr Mohammad Choucair. “It is incredibly difficult to apply such a high of degree precision in controlling qubit location; however, we have unambiguously achieved this, making it possible to scale our chip qubits.”

Archer intends to continue development of the 12CQ qubit processor chip by completing the next stages of component assembly towards a proof-of-concept prototype chip. The company intends to commercialise chip products through licensing and direct sales by seeking to establish commercial partnerships with highly resourced and skilled organisations, including software developers and hardware manufacturers, that could allow for product scale, IP transfer and distribution channels.

Pictured: Electron microscopy image of a single qubit of around 50 nm positioned with nanometre-scale precision on a silicon wafer surface.

Japanese researchers have announced the successful development of a high-quality bulk gallium...

Scientists have incorporated colloidal quantum dots into a new type of LED containing an...

Improving operational performance by bringing people back into data centres

How safe is your business?