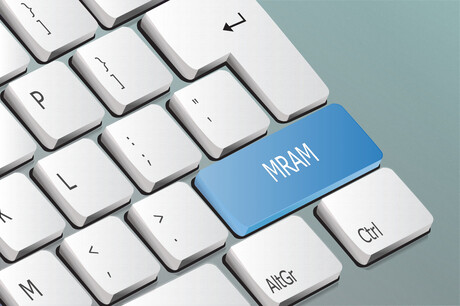 Samsung Electronics has demonstrated what it claims to be the first in-memory computing based on MRAM (magnetoresistive random-access memory).

Described in the journal Nature, Samsung’s new research showcases the company’s efforts to merge memory and system semiconductors for next-generation artificial intelligence (AI) chips. It was led by the Samsung Advanced Institute of Technology (SAIT) in collaboration with the Samsung Electronics Foundry Business and Semiconductor R&D Center.

In the standard computer architecture, data is stored in memory chips and data computing is executed in separate processor chips. In contrast, in-memory computing is a new computing paradigm that seeks to perform both data storage and data computing in a memory network. Since this scheme can process a large amount of data stored within the memory network itself without having to move the data, and also because the data processing in the memory network is executed in a highly parallel manner, power consumption is substantially reduced. In-memory computing has thus emerged as one of the promising technologies to realise next-generation low-power AI semiconductor chips.

By ushering MRAM into the realm of in-memory computing, the team’s work expands the frontier of the next-generation low-power AI chip technologies. The researchers have also suggested that not only can this new MRAM chip be used for in-memory computing, but it also can serve as a platform to download biological neuronal networks.

“In-memory computing draws similarity to the brain in the sense that in the brain, computing also occurs within the network of biological memories, or synapses; the points where neurons touch one another,” said Dr Seungchul Jung, first author of the paper. “In fact, while the computing performed by our MRAM network for now has a different purpose from the computing performed by the brain, such solid-state memory network may in the future be used as a platform to mimic the brain by modelling the brain’s synapse connectivity.”