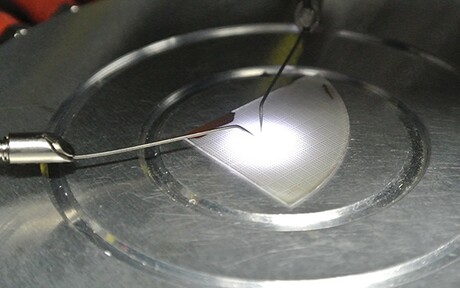 The advantages of light-emitting diodes (LEDs), such as their tiny size, low cost and excellent power efficiency, mean they are found everywhere in modern life. Now, researchers at the King Abdullah University of Science and Technology (KAUST) have used a single semiconducting material to produce a white-light LED by emitting light across the visible spectrum.

Blinking away on almost every modern electronic device, LEDs transmit messages in their own distinct shade of red, green or blue. The colouration of an LED comes from a semiconductor inside that emits over a narrow spectrum of optical wavelengths. But the inability of LEDs to emit across a wider spectrum restricts their use in lighting applications — emitting a wider spectrum is necessary to generate white light — or for displays that require a wide palette of different colours.

One approach to fabricate white-light LEDs is to combine devices of different materials, where each material emits a different colour. The emission of red, blue and green from the different materials can be combined to create white light, but this increases the complexity and cost of manufacture of LEDs. Alternatively, a single semiconductor can be used by mixing in a phosphor that absorbs some of the light emitted by the semiconductor and then re-emits it as a different colour. However, phosphor degrades over time, limiting the useful lifetime of these devices.

KAUST researchers led by Daisuke Iida and Kazuhiro Ohkawa have now devised a way to build phosphor-free monolithic white-light LEDs using the semiconductor indium gallium nitride. The results of their work have been published in the journal Applied Physics Letters. 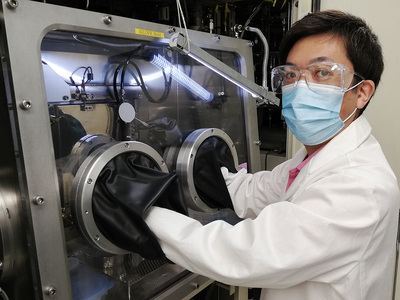 “What is unique about our devices is that we use material defects, or V-pit structures, to enhance the injection of a current into the semiconductor,” Iida said.

The LEDs designed by the KAUST team included both blue-light emitting quantum wells with 20% indium content and 34% indium red quantum wells. Combined, this monolithic LED emits light across the entire visible spectrum. By controlling the current passing through the device, the team could change the emission from a warm white through to a natural white and cool white.

“The next step is to improve the emission efficacy of the red emission component,” Iida said. “The red emission is a key factor of the high colour-rendering LEDs with the natural white emission.”