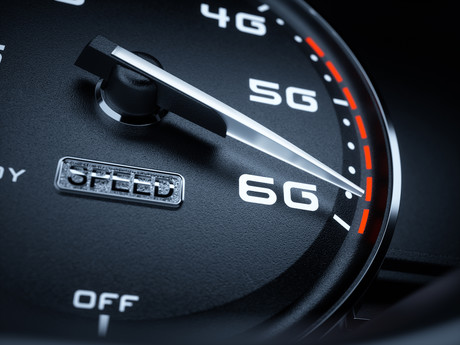 German scientists have used ultrarapid electro-optical modulators to convert terahertz data signals into optical signals, in an effort to prepare for the next generation of wireless data transmission.

While 5G cellular network technology is still tested, researchers are already gearing up for 6G, which is expected to offer higher transmission rates, with shorter delays, increased device density and artificial intelligence being integrated. But on the way towards the sixth-generation cellular network, many challenges have to be mastered regarding both individual components and their interaction.

Future wireless networks will consist of a number of small radio cells to quickly and efficiently transmit large data volumes. These cells will be connected by high-performance transmission lines, which can handle tens or even hundreds of gigabits per second per link. The necessary frequencies are in the terahertz range, ie, between microwaves and infrared radiation in the electromagnetic spectrum. In addition, wireless transmission paths have to be seamlessly connected to glass fibre networks. In this way, the advantages of both technologies — ie, high capacity and reliability as well as mobility and flexibility — will be combined.

Scientists from the Karlsruhe Institute of Technology (KIT) and the Fraunhofer Institute for Applied Solid State Physics IAF have now developed a promising approach for converting data streams between the terahertz and optical domains. As reported in the journal Nature Photonics, they used ultrarapid electro-optical modulators to directly convert a terahertz data signal into an optical signal and to directly couple the receiver antenna to a glass fibre. In their experiment, the scientists selected a carrier frequency of about 0.29 THz and reached a transmission rate of 50 Gbps.

“The modulator is based on a plasmonic nanostructure and has a bandwidth of more than 0.36 THz,” said Professor Christian Koos, Head of KIT’s Institute of Photonics and Quantum Electronics (IPQ). “Our results reveal the great potential of nanophotonic components for ultrarapid signal processing.”

The concept demonstrated by the researchers is expected to considerably reduce technical complexity of future radio base stations and enable terahertz connections with very high data rates — up to several hundred gigabits per second.