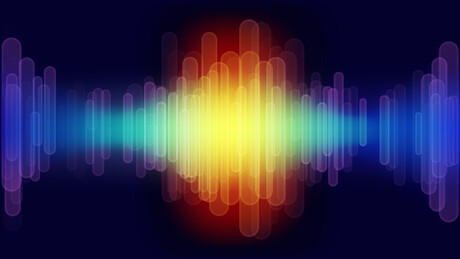 The past few decades have seen an explosion in both radio technology standards and applications, with a plethora of connected devices demanding ever-increasing data bandwidth and throughput.

In addition, critical radio frequency spectral space is in short supply and cannot be made to scale with the present demands placed upon it. This means that modern communication network planning needs to find smart ways to keep the data flowing. Thus, in the last few years the infrastructure backbones have started to be reimagined for future readiness.

The solution will likely be found in softwarisation approaches. Softwarisation refers to exploiting algorithmic approaches, where previously optimised hardware dominated communication problem-solving. For this to happen, future systems will increasingly become virtualised and numerically controlled.

This article will consider some of the key technologies shaping our near future electronic data exchanges. Soft technology will have the biggest impact and best system efficiencies, optimal utilisation and dynamic agility should result from virtualising system hardware and ultimately deploying artificial intelligence to orchestrate complex operations.

The European Union’s Horizon 2020 program led to the Networld 2020 discussion document ‘Smart networks in the context of NGI’1, released in late 2018.

Research and development areas are outlined, and the paper provides a thorough grounding in the current state of network infrastructure. Unsurprisingly, many of today’s challenges are well known by engineers and public alike: data security and personal privacy stand out. Less obvious is orchestrating service scheduling, especially given the burgeoning range of network connected devices resulting from the impact of the Internet of Things (IoT) driving today’s Industry 4.0 revolution.

A picture of extreme complexity emerges: complexity of applications supported, shear data volume and traffic growth demanding capacity scaling, not to mention a diverse range of communication technologies (wireless standards, optical interconnects, sat comms), and then the myriad array of actors and service providers which must be supported.

The essence of softwarisation or numerical control

Radio communication systems rely on taking a carrier frequency, often viewed as a single pure ‘tone’ signal and modulating (or mixing) it with the data signal. Data converters sample the signal with an ADC, providing a continuous stream of digital signal samples from which the informational content can be extracted within a digital signal processor (DSP). DACs are used in the transmit path to produce defined synthetic RF signal spectrum and can project signal power within and across specific channels.

In contemporary heterodyne radio designs, one or several intermediate frequency stages are required to project signal energy up or down the radio spectrum and into the baseband frequency range of the data converters. These intermediate frequencies require mixing circuits with local frequency oscillators that bring set-up and calibration challenges together with added cost and design complexity. Fortunately, with ever-increasing advances to semiconductor device speed, it is increasingly economic to eliminate intermediate frequency stages and digitise directly into or from the native RF signal band. Direct RF conversion using Nyquist sampling ADCs provides accurate, mixer-free channel selection. On the transmit side, modern wideband DACs can project signal energy at microwave frequencies.

These data converters enable numerical control and bring programmability and flexibility to communication infrastructure. It becomes possible to repurpose the radio system either to handle short-term capacity spikes or to enable a variety of different operating modes.

Figure 1: Simplified Rx signal chains in a) traditional single-stage heterodyne radio with mixer down conversion and b) a direct conversion system exploiting sampled signal aliasing within the ADC. For a clearer image, click here.

Maths in the form of sampling theory, Fourier transforms and convolution has powered communication system design for many years. The impact of converters and digital signal processing on signal path design is clearly visible in Figure 1 above. In contemporary heterodyne design (Figure 1a), an analog mixer down converts the received signals into the second Nyquist zone of the ADC a first step towards a SDR. For the modified ‘direct RF access’ architecture (Figure 1b), ADCs exploit signal aliasing for the first down conversion step. A final post-ADC down conversion uses different digital numerically controlled oscillators (NCOs) within the DSP to lock to specific carrier signals.

Figure 2: In an enhanced SDR, numerical controlled oscillators can tune to any number of separate channels as shown. For a clearer image, click here.

Ultimately, this scalable numeric approach lends itself to a highly flexible receive system capable of managing a huge number of channels each, defined by digital domain variables (Figure 2). Thus there is a clear path to facilitate cognitive radios.

A speciality at Teledyne e2v, a company headquartered in Grenoble, France, is microwave engineering. Teledyne e2v has been involved in the business since the early days of the first military radar deployments.

The company’s recent contributions to agile and scalable RF started in 1995 with the development of their first wideband data converters: analog to digital and digital to analog converter ICs (ADCs and DACs). These strategic devices take high-frequency analog RF signals and down/up convert them in to/from the digital domain. These are the critical components enabling numerically controlled RF radio systems and provide the control flexibility to power next-generation communication infrastructure.

Interstellar is driving Teledyne e2v’s development of new data converters. Hand in hand with this, Teledyne e2v is prototyping an analog front-end (AFE) demonstrator that dramatically expands microwave frequency sampling bandwidth, advancing the state of the art in microwave direct digital down conversion and frequency synthesis.

The objective of the project outlined here is to dramatically expand sampling bandwidth and extend technical capabilities of a wideband product portfolio driven by the Interstellar project vision and equally as a response to market need. Projecting direct conversion techniques into the microwave Ka-band is certainly a significant and challenging goal. However, previous developments are already proven successful and result in economic implementations of direct to K-band approach using stand-alone components.

As each engineering pain point is tackled, Teledyne e2v envisages a time in the near future when highly scalable, system in package (SiPs) data converter modules — those combining multi-input/output ADC/DACs paired with microwave samplers and associated clock management — are dense enough to migrate ever closer towards the antenna. At this point, ultra-wideband CRs will have become a reality and the challenge of highly agile radio infrastructure will, at least at the physical layer, have been largely solved.

Whilst key technical details of this project remain ‘under wraps’, there is a lot to look forward to in 2020. Expect several major technical announcements in the final quarter of the year. Meanwhile, customers who have pressing problems to work on right now and are interested to get a more advanced insight into the elements of this development project should feel free to contact Teledyne e2v directly.

A long-term goal for RECOM has been to develop DC/DC converters which can be handled, placed and...