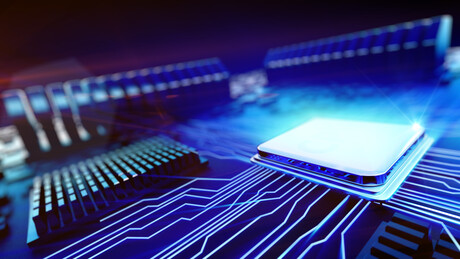 Despite the rising power efficiency of new processors, the accelerating demand for computational power often outstrips the ability to cool the systems down and/or to provide them the right amount of current. Furthermore, mechanical/thermal design usually happens late in the development cycle. Consequently, it is likely to run up against thermal limits late in the design process. Designers naturally want to optimise their systems and find acceptable trade-offs.

This consists of evaluating a population of target components, taking test data and examining the power consumption spread. Ultimately, the purpose is to select out only those devices exhibiting the best power consumption characteristics for a given application use case.

Power screening evidence suggests that for some applications when the use case is clearly defined, it is possible to operate a processor well within its operating envelope. However, this requires knowing with greater precision how the device behaves within the target use case. There is no quick answer to this, but power screening provides the detailed analysis necessary to reach a definitive understanding. In one project, Teledyne e2v demonstrated its ability to source processors with power consumption 46% lower than the worst-case standard product scenario as illustrated in Figure 1, and achieved this by combining characterisation of the customer’s application and power screening. Here, a device initially believed unsuitable for the task due to assumed excess power consumption could now be sourced and designed in with confidence. 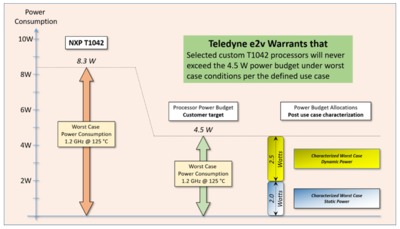 This will not always happen and demands an understanding that power consumption within processors comprises two contributing factors; namely:

Teledyne e2v, with multiple decades of collaboration with NXP and Freescale before that, has built up an enviable knowledge of processor performance and has access to the same tools, product testers and test programs as the original manufacturer. This is the foundation that gives Teledyne e2v a credible and unique background to offer custom device power optimisation through screening and characterisation.

Processor characterisation work performed within Teledyne e2v’s manufacturing system has shown that the following characteristics are not at all unusual of current processors: 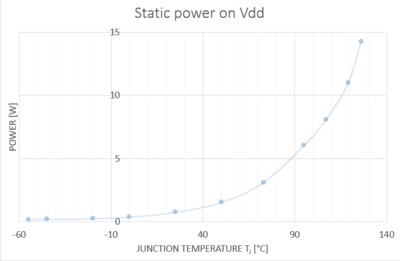 This consists of modifying or redesigning the existing standard product package to lower its thermal resistance from junction to board, or junction to package top:

Teledyne e2v has specific knowledge and experience repackaging semiconductor components. This includes but is not limited to specific package development projects, for example a package developed especially for the Teledyne e2v EV12AQ600 analog-to-digital converter. Moreover, Teledyne e2v has in-house expertise to handle the re-balling of packages to allow for solder formulation changes to suit the tin-lead alloy free needs of some space customers (eg, to protect against tin whiskers forming in space).

Another example is a feasibility study recently performed to add a lid to the NXP T1040 processor. A mechanical proposal for the optional lid was made, and revised thermal specifications were estimated. Thanks to the lid, the junction-to-board thermal resistance is expected to roughly halve to 4.66°C/W with the lid, down from 9°C/W for the standard device. In that case, the junction-to-top thermal resistance increases due to the addition of the lid, from less than 0.1°C/W to 0.85°C/W.

This optimisation considers the viability of operating silicon beyond conventional thermal limits of commercial, standard products. Silicon is not physically limited to operate only up to 125°C; several elevated temperature applications exist and are already served. The benefit of higher junction temperature operation is the extra thermal headroom on offer. But, as seen earlier, elevated temperatures have an implied penalty; namely, significantly raised power dissipation (see Figure 2). Where a higher junction temperature can pay off is in applications with an operating profile requiring short bursts of increased dynamic power, yet it is critical that these bursts can be handled within the thermal capacity of the design.

Thanks to in-depth product knowledge and testing experience, combined with product qualification infrastructure, Teledyne e2v can explore in detail with customers the likely operating life impact of choosing extended temperature operation. It’s an existing capability served by the company, given that Teledyne e2v already supplies NXP processors guaranteed up to 125°C — an advance over the commercial device’s 105°C limit.

Following a positive viability evaluation, Teledyne e2v can supply a custom IC specification at elevated operating junction temperature levels. This specification will be delivered in a manner that comprehends careful consideration of the following operating factors: 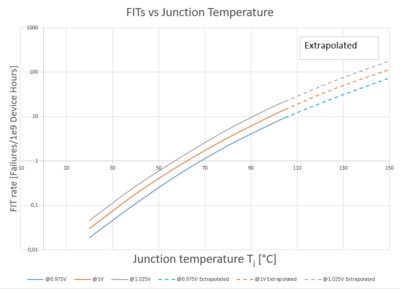 Figure 3: Typical FIT rates versus temperature extrapolated out to 150°C. For a larger image, click here.

This paper has discussed how Teledyne e2v, building on its long-term strategic relationship with NXP, is uniquely positioned as a trusted supplier of customised processor options. Customisation is possible based on either the power architecture or ARM architecture. Outlined here were three degrees of freedom to power optimise and customise processors for harsh applications. These three options are:

A long-term goal for RECOM has been to develop DC/DC converters which can be handled, placed and...