Intuitive use makes all the difference 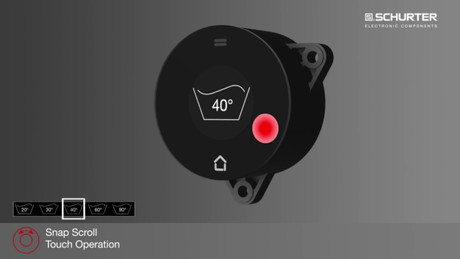 Machines simplify our everyday life in many different ways. But for this to work smoothly and for the machines not to be so complicated that they present us with insurmountable obstacles, the human-machine interface must be kept as simple as possible.

To keep it simple, here is an example: the smartphone is a highly complex product with a whole bunch of features that most likely overwhelms almost any age group. And yet, both young and old alike have become accustomed to these devices within a very short space of time. How is that possible? The manufacturers managed to design its mode of use in such a way that made a user guide practically irrelevant, intuitive use. And if it is not clear to the user what they should do next, the machine communicates the necessary information to them in a way that is easy to understand (audio, on the display, etc).

Exchange of information between man and machine

On the human side, various technologies are used as input systems. For instance, the language input. Human communication comes closest and will undoubtedly prevail in the future. But others are more well-known and above all (still) more reliable. For example, the keyboard. Over time, this has been extended to include the mouse due to the development of graphical user interfaces.

In addition to the mouse, especially for mobile applications, touchpads and Apple’s trackpad have also been added. The features of a mouse have been basically substituted on a touch-sensitive surface. So-called gesture control was added to known features (eg, scrolling): swipe, zoom and rotate.

The touchscreen represents the latest level in this evolution. In principle, this does not offer much more in the way of features than the mouse and keyboard. But it does greatly simplify the use of numerous applications. Here, the finger replaces the cursor. You can now tap directly on the action you want to perform. The user does not need to go back to the trackpad. The control is implemented instantly. On the downside, it is unavoidable for the display to become smudged as a result of the screen being constantly touched. The machine communicates differently. It usually gives feedback in an audio form or via the display. It acknowledges the input more or provides options for further, more detailed input by the user.

Interface between man and machine

Information is communicated via a human-machine interface. It represents the link. There is a dialogue between the two system partners, which creates an (inter)action. The interface is therefore responsible for translating and communicating the information between the two linked systems of man and machine.

Requirements for an interface

This human-machine interface must be adapted to the capabilities, demands and characteristics of the users and the tasks to be completed. The following points need to be mentioned as a priority here:

If all these points have been taken into account, it can be referred to as a user-friendly design with high ‘usability’ in the interface.

When it comes to actual use, the machine or developer of the device must of course consider many different points. For example, the interface requires the following characteristics:

Devices are successful when they are accepted by the users. Once more, the smartphone is the perfect example in this respect. Despite the high complexity of the device, it has become the norm within a short period of time thanks to its easy, intuitive usability. This is what we should all strive for. Usability makes all the difference.

There can be no doubt that self-driving cars are coming, even if there are a few setbacks along...

Control cabinets are undergoing a transformation, because the requirements on them are constantly...