Jack connectors and their future in the 21st century 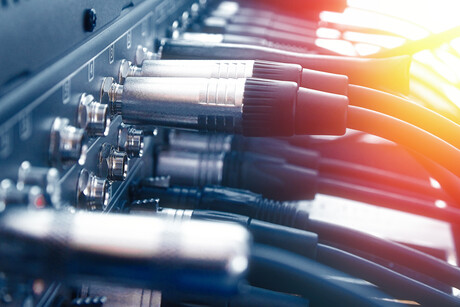 Almost everyone has heard about jack cables, plugs and sockets, but where exactly are they used?

In everyday life, this type of a connector can be found primarily in audio equipment, but the scope of its applications goes far beyond that. Therefore, it is worth learning more about it in order to learn how to recognise the different types of cables. In addition, we will also try to answer the question of what the future of jack connectors may be.

Jack plugs were widely used in telephone exchanges in the 20th century. However, it should be noted that later developed standards have gained greater popularity. The main parameters that distinguish the various types of jack plugs are the plug diameter and the number of signal fields/pins/paths.

A jack plug with a diameter of 6.35 mm, known widely as a large jack, is the largest connector of this type that is commercially used. Currently, we find it most often in professional audio equipment, when connecting guitars, microphones or mixers. Due to the common occurrence of interference, the large jack has already been partially replaced by XLR connectors, which are characterised by better parameters. 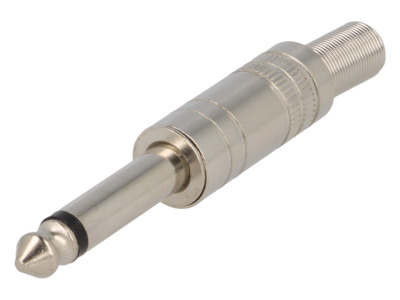 Connectors with a diameter of 4.4 mm are popularly known as Bantam-type. They can also be found mainly in professional studio equipment. Interestingly, this type of a connector is still in common use, despite its size. This can be illustrated by the fact that in 2015, Japanese company Nippon DICS developed a five-pin standard called Pentaconn, based on a 4.4 mm jack. The Pentaconn has been received quite warmly in the industry and has since found use in many musical devices. 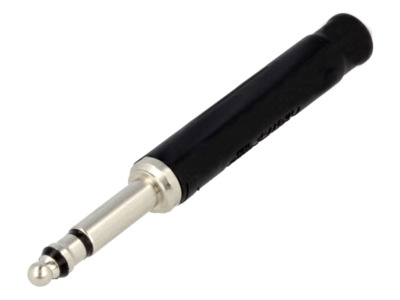 The mini jack, a plug with a diameter of 3.5 mm, is undoubtedly the most common type of jack connector. Thanks to it, we can connect various types of audio equipment to our phone, tablet or computer, most often in the form of headphones or speakers. 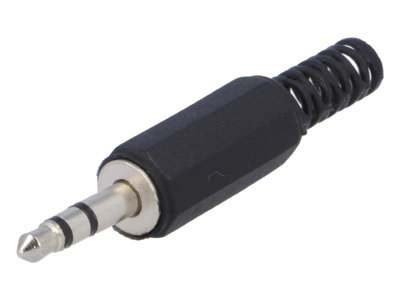 The smallest type of jack plug is the so-called micro jack, the diameter of which is 2.5 mm. This type of a connector can be found in older equipment, as a headphone connector and sometimes as a power connector. Due to its small size, the micro jack is susceptible to all kinds of mechanical damage. 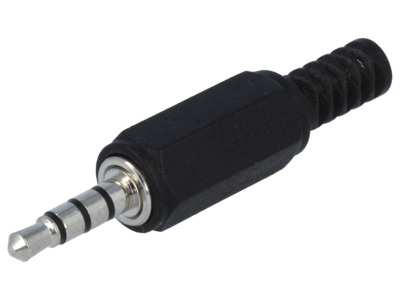 Apart from the diameter of the plug itself, jack connectors are also characterised by the number of signal fields/pins/paths. Most often, we can find plugs with two, three or four fields. In professional documentation, the number of signal paths is reflected in the initialisms TS, TRS and TRRS. The number of characters always corresponds to the number of pins, and their meaning is: T (tip) in the first field, R (ring) in the middle (there can be several) and S (sleeve) pin, the last one that most often serves the function of a ground pin. 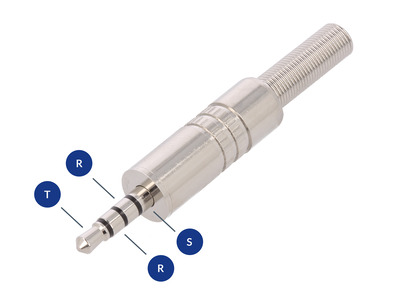 Distribution of signal fields on the example of the FC68124M connector.

Advantages and disadvantages of jack connectors

Jack connectors, like all other connectors, have some advantages and disadvantages. The main advantage of this type of a plug is the fact that it can be inserted into the socket in any position. This feature, which prevents the plug from being inserted upside down, is the result of the original use of the jack connector in manual telephone exchanges. The most important disadvantage of the jack is that when connecting the plug, the signal located on its tip (T) may temporarily connect to one of the contacts (R). Unfortunately, this is a consequence of how the jack connector is constructed.

As you can imagine, jack sockets and pins are used primarily in audio equipment. Headphones, microphones, speakers, musical instruments — all of those are based on this type of cable.

A slightly less common application of jack connectors is in the airline industry. A rather unusual pin with a diameter of 7.2 mm, known as ‘NATO pin’, is commonly used in military aircraft which are operated by member states of the North Atlantic Treaty Organization. Due to their versatility, jack cables are used in aircraft to connect individual electronic modules.

Jack connectors are also used in TV sets, and these are not only the mini jack outputs used for connecting external headphones, but also a micro jack socket, which is sometimes hidden under the back cover. Many manufacturers place a dedicated service connector on their motherboards in the form of a micro jack socket. It is used for communication with the TV set’s motherboard during the production process, so that it is possible to determine, eg, the status of the TV board programming process and the TV mode, and to send certain features to the TV set that enforce certain functions.

Nowadays, it may seem that jack connectors are losing their importance and are being replaced by other solutions. This is especially visible in the mobile phone industry. This process was originally initiated by Apple in 2016, and since then many manufacturers have followed it, resigning from the dedicated jack connector in favour of the universal USB-C connector. The pros and cons of this state of affairs deserve a separate article, but the fact is that more and more smartphones are left without a headphone connector.

However, the professional stage and music industry keeps on relying on jack connectors. Additionally, new jack standards, such as Pentaconn, are still being developed.

Thanks to their versatility, jack connectors are also widely used in the industry. The transmitted signals do not necessarily have to be electric sound; they can also be signals of specific communication interfaces, enabling connection between individual modules of machines or devices. Jack connectors are likely to disappear completely from mobile phones, but they will continue to be used in professional audio equipment and industry, as these are areas where miniaturisation has not gone so far, and where upgrading components or entire machines would be exceptionally costly. At the same time, jack connectors are still great for such applications and can be successfully used for many years to come.

Do I specify IDC ribbon cables or discrete cables?

Both ribbon cabling and individual discrete wires are common and provide reliable connectivity,...

Before twisted-pair cables became a permanent feature of industrial halls, connections based on...