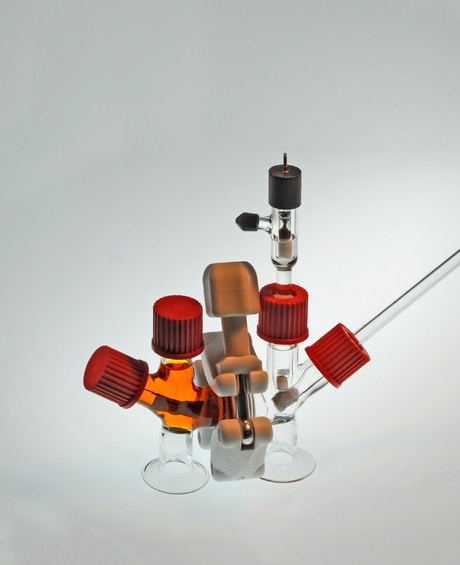 Seeking to reduce the cost of storing renewable energy on the grid, US scientists have created what they describe as an ‘air-breathing battery’ — powered by sulfur, air, water and salt — that can store twice as much energy as a lead-acid battery. Their work has been published in the journal Joule.

One of the criticisms of renewable energy is its variability — there are times when a cloud goes in front of the sun or the wind dies down — and so being able to store this energy is essential for uninterrupted energy flow. At the moment, the coupling of energy storage to renewable generation is in its infancy, with a very small percentage of solar and wind energy successfully stored — in systems that cost a minimum of US$100/kWh to run and can function only in certain locations.

Responding to the US Department of Energy’s ‘5-5-5’ grid storage goal (five times more energy density, at one-fifth of the cost, accomplished in five years), researchers at the Massachusetts Institute of Technology (MIT) sought to create a low-cost storage unit. Led by Yet-Ming Chiang, the team took an interest in the potential of sulfur — a widely available, energy-dense by-product of natural gas and petroleum refining — as the core anode in what they hoped would be a lightweight and inexpensive battery.

The next challenge was finding an inexpensive liquid cathode material that remained stable while producing a meaningful charge. On a shortlist of candidates was a compound called potassium permanganate which, if used as a cathode material, is ‘reduced’ — a reaction that draws ions from the anode to the cathode, discharging electricity. However, the reduction of the permanganate is normally impossible to reverse, meaning the battery wouldn’t be rechargeable.

First author Zheng Li decided to persist with the idea, and as expected the reversal failed. However, the battery was in fact recharging, due to an unexpected oxygen reaction in the cathode, which was running entirely on air.

“I said, ‘Wait, you figured out a rechargeable chemistry using sulfur that does not require a cathode compound?’,” said Chiang. “That was the ‘ah-ha’ moment.”

Using that concept, the researchers created a type of flow battery where electrolytes are continuously pumped through electrodes and travel through a reaction cell to create charge or discharge. The battery consists of a liquid anode (anolyte) of polysulfide that contains lithium or sodium ions, and a liquid cathode (catholyte) that consists of an oxygenated dissolved salt, separated by a membrane.

Upon discharging, the anolyte releases electrons into an external circuit and the lithium or sodium ions travel to the cathode. At the same time, to maintain electroneutrality, the catholyte draws in oxygen, creating negatively charged hydroxide ions. When charging, the process is simply reversed. Oxygen is expelled from the catholyte, increasing hydrogen ions, which donate electrons back to the anolyte through the external circuit.

“This battery literally inhales and exhales air, but it doesn’t exhale carbon dioxide, like humans — it exhales oxygen,” said Chiang.

“What this does is create a charge balance by taking oxygen in and out of the system.”

Currently the size of a coffee cup, the prototype battery has a total chemical cost of about $1/kWh — or 1/30th the cost of competing batteries, such as lithium-ion batteries, and only slightly lower energy density. Scaled-up systems could be used to store electricity from wind or solar power for multiple days to entire seasons, for about $20–$30/kWh. The ability to discharge over months is especially important the further one ventures from the equator, where the amount of sunlight varies more widely from summer to winter.

So what are the downsides? One complication is that the amount of electrical charge that can be stored depends on the amount of liquid in the anode and cathode. This means the battery needs to take up more space than what is traditionally used; however, the cost of the materials offsets that drawback.

The researchers are also working on making their storage battery more efficient, driving down costs of the battery architecture and increasing its lifespan — it can currently operate for up to 1500 hours, but that’s far from the 5- to 20-year lifespan it would require in practice. They are also considering how best to scale their prototype and where to commercially test their product.

Overall, Chiang is extremely excited about creating what could be the first technology to compete, in cost and energy density, with pumped hydroelectric storage systems, which provide most of the energy storage for renewables around the world but are very restricted by location.

“The energy density of a flow battery like this is more than 500 times higher than pumped hydroelectric storage,” he said. “It’s also so much more compact, so that you can imagine putting it anywhere you have renewable generation.”