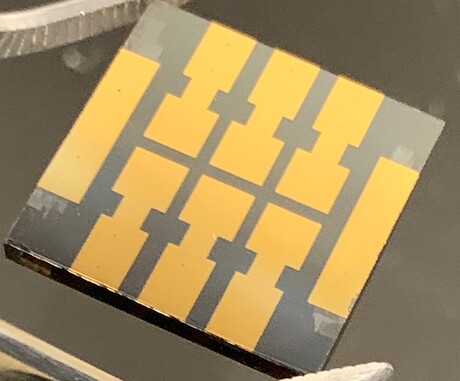 Researchers from Brown University have made a major step towards improving the long-term reliability of perovskite solar cells, demonstrating a so-called ‘molecular glue’ that keeps a key interface inside the cells from degrading.

Described in the journal Science, the treatment dramatically increases cells’ stability and reliability over time, while also improving the efficiency with which they convert sunlight into electricity.

Perovskites are a class of materials with a particular crystalline atomic structure. A little over a decade ago, researchers showed that perovskites are very good at absorbing light, which set off a flood of new research into perovskite solar cells. The efficiency of those cells has increased quickly and now rivals that of traditional silicon cells; the difference is that perovskite light absorbers can be made at near room temperature, whereas silicon needs to be grown from a melt at a temperature approaching 1500°C. Furthermore, perovskite films are about 400 times thinner than silicon wafers, meaning they can be potentially made at a fraction of the cost.

But while the efficiency improvements in perovskites have been remarkable, making the cells more stable and reliable has remained challenging. Part of the problem has to do with the layering required to make a functioning cell.

Each cell contains five or more distinct layers, each performing a different function in the electricity-generation process. Since these layers are made from different materials, they respond differently to external forces. Also, temperature changes that occur during the manufacturing process and during service can cause some layers to expand or contract more than others. That creates mechanical stresses at the layer interfaces that can cause the layers to decouple. If the interfaces are compromised, the performance of the cell plummets. The weakest of those interfaces is the one between the perovskite film used to absorb light and the electron transport layer, which keeps current flowing through the cell.

“A chain is only as strong as its weakest link, and we identified this interface as the weakest part of the whole stack, where failure is most likely,” said Brown University Professor Nitin Padture, senior author of the new study. “If we can strengthen that, then we can start making real improvements in reliability.”

To do that, Prof Padture drew on his experience as a material scientist, developing advanced ceramic coatings used in aircraft engines and other high-performance applications. He and his colleagues began experimenting with compounds known as self-assembled monolayers (SAMs).

“This is a large class of compounds,” Prof Padture said. “When you deposit these on a surface, the molecules assemble themselves in a single layer and stand up like short hairs. By using the right formulation, you can form strong bonds between these compounds and all kinds of different surfaces.”

The team found that a formulation of SAM with silicon atom on one side and iodine atom on the other could form strong bonds with both the election transport layer (which is usually made of tin oxide) and the perovskite light-absorbing layer. The team hoped that the bonds formed by these molecules might fortify the layer interface — and they were right.

“When we introduced the SAMs to the interface, we found that it increases the fracture toughness of the interface by about 50%, meaning that any cracks that form at the interface tend not to propagate very far,” Prof Padture said. “So in effect, the SAMs become a kind of molecular glue that holds the two layers together.”

Testing of solar cell function showed that the SAMs dramatically increased the functional life of the perovskite cells. Non-SAM cells prepared for the study retained 80% of their peak efficiency for around 700 hours of lab testing. Meanwhile, the SAM cells were still going strong after 1300 hours of testing. Based on those experiments, the researchers project the 80%-efficiency-life of the SAM cells to be about 4000 hours.

“One of the other things we did, which people don’t normally do, is we broke open the cells after testing,” said doctoral student Zhenghong Dai, first author of the study. “In the control cells without the SAMs, we saw all kinds of damage such as voids and cracks. But with the SAMs, the toughened interfaces looked really good. It was a dramatic improvement that really kind of shocked us.”

The SAMs are made from readily available compounds and are easily applied with a dip-coating process at room temperature, so their addition would potentially add little to the production cost, Prof Padture said. Furthermore, their improvement to the cells’ toughness did not come at the cost of power-conversion efficiency. In fact, the SAMs actually improved cells’ efficiency by a small amount, eliminating the tiny molecular defects that form when the two layers bond in the absence of SAMs.

“The first rule in improving the mechanical integrity of functional devices is ‘do no harm’,” Prof Padture said. “So, that we could improve reliability without losing efficiency — and even improving efficiency — was a nice surprise.”

Now that the researchers have fortified the weakest link in the perovskite solar cell stack, they’d like to move onto the next weakest, then the next and so on until they’ve fortified the entire stack. That work will involve strengthening not only the interfaces, but also the material layers themselves. Recently, the group won a $1.5 million grant from the US Department of Energy to expand on their research.

“This is the kind of research that’s required in order to make cells that are inexpensive, efficient and perform well for decades,” Prof Padture said.