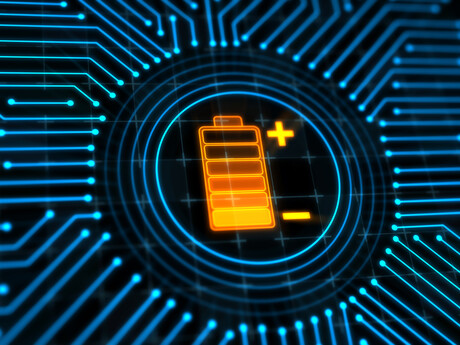 Wireless power transmission technology is the preferred method for charging sensors to configure and maintain a sensor network. However, the charging efficiency decreases with increasing charging distance.

Smart factories, vehicles and cities increasingly use wireless rechargeable sensor networks (WRSNs) for communication. A distinct advantage of WRSNs is that they can be placed in remote, inaccessible or even biologically or chemically contaminated areas for communication, surveillance and reconnaissance in military and environmental applications. However, the potential of these WRSNs is restricted by their reliance on limited energy sources like batteries, which can impede their smooth functioning. 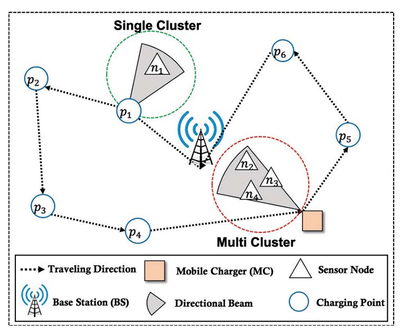 The primary challenge of WRSNs is to charge and maintain the batteries of the sensors in the network. The charging efficiency decreases as the charging distance increases. Therefore, single charging is more energy-efficient than multicharging as it can charge a sensor node at a closer range. However, when multiple nodes are present, multicharging may achieve higher efficiency. This prompted the researchers from Chung-Ang University to optimise mobile charging of sensors efficiently through wireless power transmission technology. According to Professor Sungrae Cho from Chung-Ang University, the wireless power transmission using a mobile charger was designed to be an efficient method, but if a directional antenna was not used, this method was power inefficient. “Therefore, I started researching to see if there is an efficient way to use it,” Cho said.

In a recent article published in the IEEE Internet of Things Journal, the researchers developed an energy-efficient adaptive directional charging (EEADC) algorithm that considers the density of sensor nodes to adaptively choose single charging or multicharging. As EEADC dynamically determines the charging strategy based on the charging efficiency, the researchers achieved equal or better charging efficiency than single charging and simultaneously reduced energy waste due to overuse of multicharging.

EEADC employs a mean-shift algorithm considering node density to determine single charging/multicharging clusters that is more efficient than the standard K-Means algorithms employed in most Monte Carlo (MC) clustering methods. Each cluster is classified as a single-charging or multicharging cluster, according to the number of sensor nodes it contains. The charging strategy, which includes the charging point, beam direction, charging power and charging time, is then determined according to the type of cluster.

For a multicharging cluster, the non-convex optimisation problem having multiple feasible regions led the researchers to employ the discretised charging strategy decision (DCSD) algorithm to solve the problem efficiently. The DCSD divides the problem into two sub-problems, with the candidate charging points obtained by solving the first subproblem. Then, DCSD selects the point with the lowest energy consumption among the candidate charging points as the optical charging point. The researchers used simulations to compare EEADC to conventional charging methods in practice, and demonstrated that EEADC outperformed the existing methods with respect to power consumption and charging delay by 10% and 9%, respectively.

The adaptive and directional features of EEADC enhance the energy efficiency of charging sensors in WRSNs. Cho said that, using this algorithm, the charging efficiency can be increased by using a directional antenna and a directional beam for charging the sensor node. “Sensors located close to each other can be efficiently charged at the same time,” Cho said.

Industrial sites such as smart factories, large ships and construction sites will benefit once this algorithm is employed. Effective and efficient monitoring of diverse sites through a wireless sensor network would be achieved through this technology. The energy-efficient mobile charging of the sensors would also reduce the maintenance costs of WRSNs.