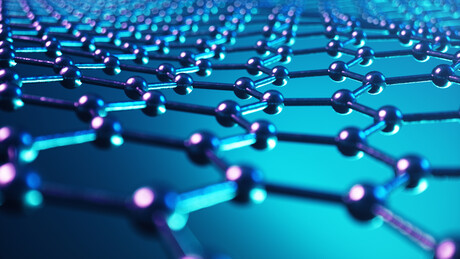 Rechargeable batteries are an important part of many modern-day technologies.

Researchers, manufacturers and end-user companies are always looking to improve the efficiencies of batteries, making them safer, smaller and more lightweight to fit in the requirements of new technologies — that is, the consumer desire to have higher-powered, smaller and more lightweight electronic devices. Conventional fabrication methods, electrochemistries and materials will take batteries technologies only so far, so a lot of interest in recent years has been around using nanomaterials within the electrodes.

Nothing is wrong with current battery technologies — as showcased by the 2019 Nobel Prize in Chemistry, which honoured the scientists behind the Li-ion battery — but change is inevitable. Without an ever-changing electronics industry, technological advances made in the past few decades would not have been possible.

While lithium-ion (Li-ion) batteries are ubiquitous nowadays, their efficiencies aren’t overly impressive. They are much safer than other batteries while still having a good energy density, so there is room for improvement. Other types of batteries are gaining traction at both fundamental and commercial levels, but a drive to improve the already-established Li-ion batteries by incorporating nanomaterials into them has begun.

The switch to trialling nanomaterials over bulkier materials is for many of the same reasons that other industries have made the switch (or have looked to make the switch). A number of properties can be harvested for a small amount of nanomaterials being included in a device (or within another material).

Not all nanomaterials are suitable for batteries, as some nanomaterials are inherently insulating in nature. Rather, it is the conductive nanomaterials that are of use in battery systems, such as those of solid-state nature, or those which are incredibly thin (for example, some 2D materials). Luckily, the use of nanomaterials in electrodes is not a completely new invention. It is merely a natural progression to make systems more effective without altering the internal workings of the technology. While the inclusion of nanomaterials might slightly alter the specific mechanisms of how the ions move into the electrodes (because of different-sized/geometry atomic holes) via different architectures, the general operational mechanism of the batteries remains the same. This means that any safety or efficiency issues that arise can be pinpointed much easier than trying to develop a new type of battery from scratch. Sometimes, improving the status quo is better than trying to develop something completely novel.

Many of the nanomaterials trialled have high electrical conductivity, and with this comes a high charge carrier mobility. These properties stem from nanomaterials having a very active surface — and a very high surface area — compared to bulkier materials. In some cases, the active surface is the whole nanomaterial (2D materials). Given that nanomaterials are inherently thin, they are a lot more flexible — even the inorganic materials — than bulk materials, meaning that they are more useful for the batteries used in flexible and wearable technologies (Figure 1). 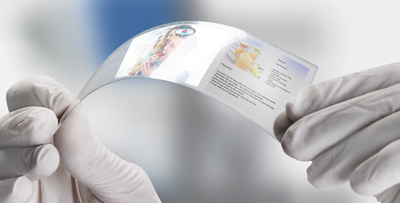 Figure 1: The inherently thin nature of nanomaterials, as shown in this graphene sheet, means they are more flexible than bulk materials and thereby more suitable for batteries used in flexible and wearable technologies. Image credit: ©stock.adobe.com/au/bonninturina

Despite their small size, a lot of nanomaterials are very stable and are resistant to high temperatures, harsh chemicals and high physical stresses. While this can’t be said for all nanomaterials, enough of them are stable and conductive enough for battery electrodes. One disadvantage of nanomaterials is their higher cost because of the more complex fabrication methods required to make them. However, because only a small amount is needed for the same (or better) properties than bulkier materials, the cost is a lot less than many people believe. The small addition of nanomaterials also means that less waste is often produced, and the batteries are more lightweight than when bulk materials are used.

Graphene is the frontrunner

Of all the nanomaterials being trialled, graphene is the frontrunner and is found in more prototypes than any other type of nanomaterial. A number of companies now commercially manufacture graphene batteries for different industrial sectors. Reportedly, some big mobile phone manufacturers might use graphene batteries in some next-generation phones in the near future (graphene is already used in the cooling systems of some phones).

Graphene exhibits some of the best-recorded values of almost all the properties that nanomaterials can exhibit, meaning that making compromises between the beneficial properties of different materials can often be negated by using graphene. Additionally, given that many batteries already use graphite — many graphene layers stacked on top of each other — it is a much more natural progression than other materials, and systems have been developed that use graphite-graphene electrodes.

Graphene has one of the highest electrical conductivity and charge carrier mobilities known in the materials world. Moreover, it has an incredibly high tensile strength and flexibility (more than most nanomaterials and bulk materials), as well as being stable to high temperatures and harsh chemicals. The culmination of properties means that it can be used in a number of environments without its performance being affected, which is important when the batteries and the technologies they are in can get very hot internally, never mind the external heat they can be exposed to. Single-layer graphene is optically transparent, so it has the potential for being used to create transparent electrodes and transparent conductive films that could be used in batteries of the future that need to be invisible to the user.

Aside from the properties being more suited to batteries than most other nanomaterials, the industry is in a much better place to cope with huge demand should it arrive. Because the properties and potential for graphene are well understood, the industry has been preparing and growing in size around the world and graphene can now be produced at scale in a number of different forms. The raw material side is more scalable than other nanomaterials, making it a much more viable commercial option.

There is a drive in modern-day society for more efficient and smaller batteries, regardless of whether the application is consumer phones or remote monitoring equipment. Companies are starting to trial nanomaterials in battery systems because they bring about performance benefits and can make the batteries smaller, while not significantly increasing cost because only a small amount is required. A number of companies manufacture graphene batteries, but while graphene batteries are available for the industrial markets, it might take some time for the high-tech consumer markets (phones, tablets, etc) to adopt graphene (or other nanomaterials) on a large scale because the status quo is well-tested and any changes in these markets can take a long time to come to fruition. 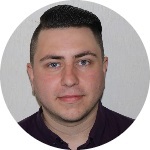 *Liam Critchley is a writer, journalist and communicator who specialises in chemistry and nanotechnology and how fundamental principles at the molecular level can be applied to many different application areas.