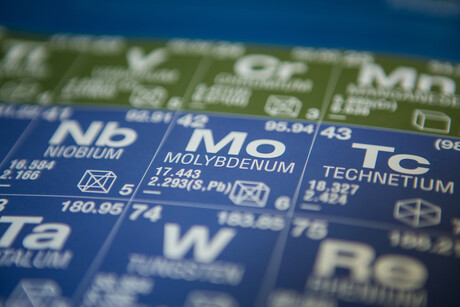 Joint research teams from the Gwangju Institute of Science and Technology (GIST) and Dongguk University have developed a process that improves the electrical conductivity of next-generation organic solar cells (otherwise known as organic photovoltaics, a next-generation solar cell that uses an organic semiconductor as a photoactive layer) by more than 20 times by adding an anion catalyst without a high-temperature post process.

This discovery is expected to contribute to advancing the commercialisation of organic solar cells by increasing the efficiency of converting light into electrical energy (photoelectric conversion efficiency) and simplifying and stabilising the manufacturing process. The research findings were published in the journal, Advanced Functional Materials.

Molybdenum oxide (MoO3), which is used as an essential material for organic solar cells, is a compound in which an oxygen atom is bonded to a molybdenum metal atom, and it is a transparent electrically conductive thin film. This organic sol gel synthesis method using an organic/inorganic chemical material in which molybdenum is combined with a functional organic material is a process of forming a metal oxide thin film through ink, and can replace the existing vacuum thermal deposition process. However, to draw out high electrical performance from this thin film, the process of forming a network of only metal oxides is essential. This process requires a high-temperature post-process of 200°C or higher, and there are problems with its practicality.

GIST Professor Kwanghee Lee’s team from the School of Materials Science and Engineering and Dongguk University Professor Sooncheol Kwon’s team from the Department of Energy and Materials Engineering, developed molybdenum oxide with high performance at room temperature by adding anion catalyst to metal oxide ink as a next-generation high-efficiency, long-life organic solar cell that can be mass-produced.

This room temperature process can make solar cells without heat treatment and is a more simplified method than the conventional printing method for manufacturing solar cells, which contributes to increasing the photoelectric conversion efficiency required for the commercialisation of organic solar cells. The research team formed a dense metal oxide network by applying the ink at room temperature by adding a lithium bismide (LiTFSI) anion catalyst to the molybdenum oxide ink. Through this, the transparent electrically conductive thin film showed an improvement in electrical conductivity more than 20 times (from 8.4 x 10-4 S m-1 to 1.8 x 10-2 S m-1), compared to the previous one.

This experiment enabled the research team to confirm the possibility that an anion catalyst with strong electronegativity can induce electric rearrangement in functional organic materials. The mechanism was investigated by experimentally comparing the surface shape and element distribution. Molybdenum oxide improved the low photovoltaic conversion efficiency of the existing solar cells by 10% (16% to 17.6%) through an anion catalyst method and the dense network structure prevented the penetration of air and moisture. When exposed to sunlight for 100 hours, it was confirmed that 70% or more of the initial efficiency was maintained compared to 55% of the existing initial efficiency.

Lee said this research is significant because it developed a metal oxide semiconductor that can be processed at room temperature. “This is expected to energise research on mass production of transparent and flexible multifunctional electronic systems in the future,” Lee said.

Kwon said that the study enabled researchers to develop a more dense and stable metal oxide network structure. “It is expected that it can be used as a core functional layer for solar cells as well as various high-performance optoelectronic devices,” Kwon said.