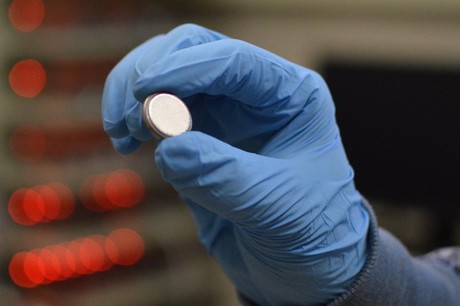 There have been two advancements in recent weeks in the field of sodium-ion batteries, a relatively new entrant in the area of battery technology research and development.

In early April, the University of Wollongong (UOW) announced the development of a new sodium-ion battery chemistry that demonstrates better performance than existing sodium-based batteries. The researchers believe their work could be the catalyst to enabling mass-production of the emerging technology for large-scale energy storage, such as in applications including storing solar power for industrial sites.

Sodium has some appeal as a low-cost, abundant and environmentally friendly building block for energy storage. Unfortunately, many of the active materials used in sodium-ion battery chemistry are sensitive to air. Exposure to even a few molecules of air can degrade the material and reduce battery performance.

Now, researchers at UOW’s Institute for Superconducting and Electronic Materials (ISEM) have successfully developed a material based on transition metals that is not sensitive to air and can therefore be mass produced much more easily. The material has the added benefit of excellent cycling stability, increasing its attractiveness to commercial battery manufacturers.

“One of the ongoing issues for batteries is cycle life, or how many times it can charge and discharge effectively,” said lead researcher Dr Wenbin Luo.

“We were able to build upon previous research to manufacture proof-of-concept battery cells to show the performance of this material, and it showed fantastic energy density and cycle life.

“In addition, we developed the processes to cheaply and easily manufacture this material, which is a big part of making it attractive for commercialisation.”

The study was conducted in collaboration with Guilin University of Electronic Technology in China and published in the journal Advanced Energy Materials. The researchers’ next step is to optimise the material to get the maximum number of cycles out of the batteries, which will be a key factor in the commercial viability of sodium-ion batteries.

“With new materials and processing techniques we can focus on further development that will pave the way for the transition to commercialisation of this exciting and much-needed alternative to lithium-ion batteries,” said Dr Luo.

Less than a week later, Penn State researchers reported that a newly discovered structure of a sodium-based material allows the materials to be used as an electrolyte in solid-state batteries. The team is now fine-tuning the material using an iterative design approach that they hope will shave years off the time from research to everyday use.

The electrolyte, one of three main parts of a battery, is responsible for transferring charged ions in a solid-state battery. This creates an electrical current once the other two parts of the battery — the anode and cathode — are connected in a circuit.

Most rechargeable batteries in smartphones, computers and other consumer electronics use a liquid, lithium-based electrolyte. But as noted by associate professor Donghai Wang, “Liquid electrolytes have safety issues because they are flammable.”

The team’s new material is composed of sodium, phosphorous, tin and sulfur, and has a tetragonal crystal shape. It has defects, or spaces where certain sodium, tin and sulfur atoms would be, and these allow for it to transfer ions.

“Our material has a wide voltage window as well as high thermal stability,” said postdoctoral researcher Zhaoxin Yu. “When you heat liquid electrolytes up to 150°C, they will catch fire or release a lot of heat that could damage other battery or electronic components. Our material performs well up to 400°C.”

Writing in the journal Nano Energy, the team reported that their material has room-temperature ionic conductivity about one-tenth that of liquid electrolytes used in today’s batteries. And as sodium is much more abundant than lithium, a sodium-ion battery would potentially be far cheaper to produce.

The researchers say the most important aspect of their discovery is the specific configuration of defects within the crystal structure. According to research professor Shun-Li Shang, “Our discovery of this new structure of this material also shows us that there’s a pathway for creating a new family of advanced sodium-ion superionic conductors.”

The team created and tested their new battery in Wang’s laboratory, where they used a collaborative design process to identify how different crystal formations, as well as inconsistencies in the material, have affected its performance.

“Our approach that uses both computation and experiments allows us to analyse the reason why materials perform differently,” said distinguished professor Zi-Kui Liu. “That will make things faster for the next round of design because we know what we need to control in order to enhance ion transportation.”