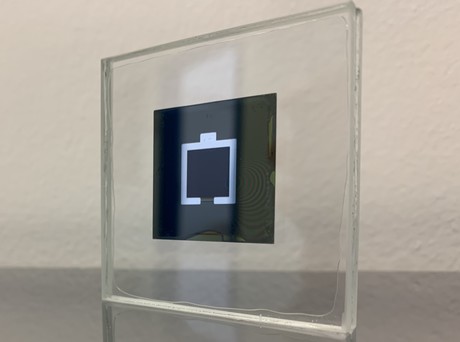 German and Lithuanian researchers have developed a solar cell, made of the semiconductors perovskite and silicon, that converts 29.15% of the incident light into electrical energy — believed to be a world record. The material used to produce the solar cell, which self-assembles to form a molecular-thick electrode layer, presents a facile way of realising highly efficient tandem solar cells.

While silicon converts mostly the red portions of sunlight into electricity, perovskite compounds primarily utilise the blue portions of the spectrum. A tandem solar cell made of stacked silicon and perovskite thus achieves significantly higher efficiency than each individual cell on its own.

Helmholtz-Zentrum Berlin’s (HZB) Professor Bernd Stannowski and Professor Steve Albrecht have already jointly set records for monolithic tandem solar cells on several occasions. At the end of 2018, they presented a tandem solar cell made of silicon with a metal-halide perovskite that achieved an efficiency of 25.5%. The next record was set by Oxford Photovoltaics, with a value of 28%, but now HZB looks to have reclaimed the record.

The new electrode contact layer permitted improvement of the perovskite compound’s composition in the HZB laboratory. This compound is now more stable when illuminated in the tandem solar cell and improves the balance of electrical currents contributed by the top and bottom cells. The silicon bottom cell comes from Prof Stannowski’s group and features a special silicon-oxide top layer for optically coupling the top and bottom cells.

KTU’s monolayers can also be considered a perfect hole-transporting material, as they are cheap, formed by a scalable technique and form very good contact with perovskite material. The self-assembled monolayers (SAMs) are as thin as 1–2 nm, covering the entire surface; the molecules are deposited on the surface by dipping it into a diluted solution. The molecules are based on carbazole head groups with phosphonic acid anchoring groups and can form SAMs on various oxides.

“Perovskite-based single-junction and tandem solar cells are the future of solar energy, as they are cheaper and potentially much more efficient,” said Prof Getautis from KTU. “The limits of efficiency of currently commercially used silicon-based solar elements are saturating. Moreover, existing production capacities of silicon solar cells can be used.” 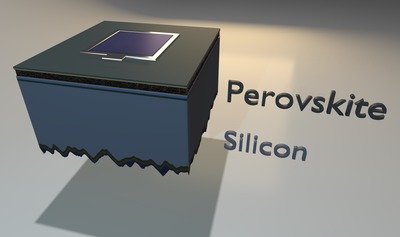 By integrating a SAM-based perovskite solar cell into a tandem architecture, a cell that converts 29.15% of the incident light into electrical energy was produced. This value has been officially certified by the photovoltaic calibration laboratory (CalLab) of the Fraunhofer Institute for Solar Energy Systems ISE and now appears in the charts of the US National Renewable Energy Lab (NREL), which has been tracking the rising efficiency levels for nearly all types of solar cell since 1976. Perovskite compounds have only been included in the charts since 2013 — and the efficiency of this class of material has increased more than in any other material since then.

All processes used to realise the 1 cm2 solar cell are also suitable in principle for large surface areas, with initial tests having shown how vacuum deposition could assist in scale-up. And while 1 g of silicon would produce only a couple of square centimetres of the solar element using traditional technologies, 1 g of the material synthesised at KTU is enough to cover up to 1000 m2 of the surface. In addition, the self-assembling organic material is significantly cheaper than the alternatives used in photovoltaic elements currently.

The KTU material, called 2PACz and MeO-2PACz, will soon appear in the market, meaning it can be further researched in laboratories around the world and eventually find its way into industry. Meanwhile, the HZB team will continue in its efforts to break the 30% efficiency barrier, which they believe is well within reach. The realistic practical efficiency limit for tandem cells made of silicon and perovskite is about 35%.

Top image caption: The tandem solar cell was realised on a typical laboratory scale of 1 cm2. However, scaling up is possible. Image ©Eike Köhnen/HZB.