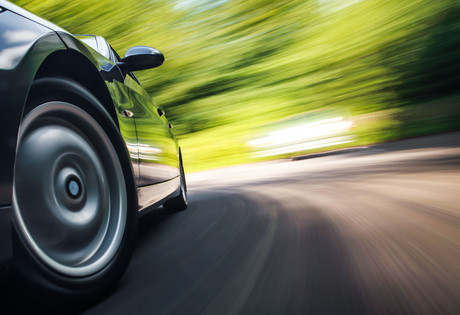 When it comes to the electric vehicle (EV), all the publicity currently goes towards the race to make regular and premium cars with longer range.

This is because most people want only one car, so it must be capable of the long-distance trip — however rare that might be. Furthermore, this must be achieved despite the inadequacy of charging points in number, speed and compatibility of interface and payment means.

This article highlights three approaches currently underway in order to produce EVs that quite literally go the distance.

Mainstream pure electric cars typically now have a doubled range of 300–400 km. A premium vehicle such as the Sun Flyer pure electric aircraft or Tesla S gets around 560 km, though this is usually achieved by nearly doubling the battery cost and size, therefore delaying purchase price parity with internal combustion engine vehicles — the killer blow. Better is achieved by abnormal driving not practicable in regular real-world conditions. For instance, Elon Musk recently sent a tweet to congratulate the owners of a Tesla S who had achieved 1000 km.

Next we are promised nanoFlowcell sports cars with a flow cell battery and 500–1000 km range with regular driving. Toyota is working on an electric car powered by a solid-state battery that significantly increases driving range and reduces charging time to minutes, aiming to begin sales in 2022. Range may be over 600 km, but no official figure has been announced. Solid-state batteries use solid electrolytes rather than liquid ones, making them safer than lithium-ion batteries currently on the market — even non-flammable.

Energy independent electric vehicles (EIVs) never need to carry fuel or find a charger. Progress towards them can be found in the Sun Flyer type of aircraft, with solar surfaces increasing range by 30% and a reversing propeller using wind to charge the battery when soaring, descending and when parked on a windy airfield. There is also a solar bike that travels in sunshine without battery or pedalling.

Achievement of total energy independence can be found in many naval DC solar electric boats, some of which have sails. Other boats make all their electric power from wind turbines or a combination of this with photovoltaics. Some manufacturers quote ‘perpetual’ speed, which may be only a few knots for a ‘glider’ autonomous underwater vehicle that surfaces to charge its batteries from waves and sun or seven knots for a surface boat.

Raghu Das, CEO of market research company IDTechEx, recently organised what was said to be the world’s first conference on EIVs at the Technical University of Delft, held from 27–28 September. He said, “This is an idea whose time has come, with road vehicles having affordable 40% efficient photovoltaics in future that expands when parking, at which time super-efficient wind turbines erect. The many on- and off-road vehicles that are only used in daylight may need no battery.”

Elon Musk usurped the traditional motor industry with his Tesla becoming the ‘Apple of automotive’, based entirely on gorgeous pure electric cars using one-fifth of the parts. According to Das, “Next will come disruption of automotive, aerospace and marine industries, with energy independence bypassing even electricity utilities and charging stations and reducing the importance of batteries.

“During the initial period of niche products and limited sales, savvy companies will be improving and adopting these technologies to leapfrog the industry in the years to come. Remember how the industry laughed at the Toyota Prius then at Tesla. They now laugh at the Sion and Hanergy solar street legal cars at their peril, because these or other proponents are going to shock the industry again. Better to keep up with the subject and be ready to lead the change.”