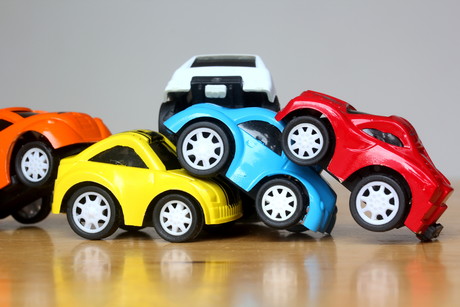 US researchers have modified the design of lithium-ion batteries to mitigate the risk of battery failure during automobile accidents. Published in the journal Joule, their prototype could allow manufacturers to scale down the housing materials that commonly protect batteries in electric cars from mechanical damage, improving the overall energy density and cost.

Many electric and hybrid cars use lithium-ion batteries, which are known to be very safe. However, an impact may occasionally disrupt the battery’s function, creating an electrical short.

Researchers at Oak Ridge National Laboratory, led by Nancy Dudney, lowered the risk of a battery failing during an accident by adding slits as perforations along the electrodes. These slits are designed to break the electrodes into tiny fragments during an impact, dividing the battery’s energy into smaller components so it is more difficult for the temperature to rise beyond a level the battery can handle. In the event that a short does still occur, the fragments limit the current and heating around the short.

The team tested their model against a standard lithium-ion battery by pressing a large metal ball into each. The modified battery was distorted like a potato chip but continued to function at 93% of its original capacity. Similar damage to a standard battery causes a full discharge and failure.

“Safety glass was our inspiration,” revealed Dudney. “Sometimes the best way to help protect against a dangerous failure is to allow a component to fail or break gracefully and safely under mechanical abuse.”

Since the electrode slits only added a minimal cost to the production of their redesigned lithium-ion battery and didn’t call for significant changes in how the battery was made, the team believes this technology could be scaled up in the future.

“With such an innovation, device manufacturers can reduce the weight and expense of heavy-duty containers that are normally needed to protect their batteries from mechanical abuse,” said Dudney.

The team still has many more tests to run, with Dudney noting that “this impressive performance needs to be replicated 100 or 1000 times for good statistics under a wide range of duty cycles”.