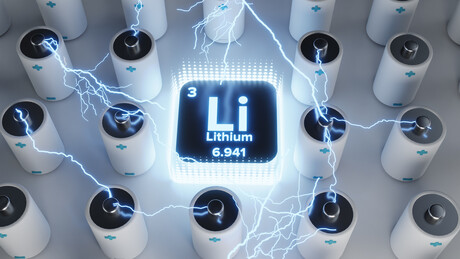 While lithium-metal anodes hold potential for high-energy storage batteries, the uncontrollable lithium dendrite growth raises concerns, as it occurs when the lithium ions move and convert to one specific location on the lithium-metal surface. The dendrites cause poor recycling efficiency in the battery and are a severe safety issue.

The researchers addressed the dendrite problem by combining the advantages of conventional electrolytes and high-concentration electrolytes. The high-concentration electrolytes overcome some of the shortcomings of conventional electrolytes, and hold promise for use in next-generation batteries. The electrolyte the team created is designed to deliver excellent electrochemical performance in lithium-metal batteries and suppresses the formation of dendrites. “Its unique structure not only promotes the uniform conversion of ions on the electrode surface but also ensures the rapid movement of ions in the electrolyte,” said Chunpeng Yang, a professor at Tianjin University.

The researchers began their work by running numerical simulations to explore the effect of a negatively charged coating to induce the interfacial high-concentration electrolyte. Then, as a proof-of-concept material, the researchers coated nitrogen- and oxygen-doped carbon nanosheets that have surface negative charges with nickel foam to create the electrode. The positively charged lithium ions are concentrated near the nitrogen- and oxygen-doped carbon electrode that is coated with nickel. This concentration of lithium ions promotes the charge transfer reactions on the electrode, contributing to the outstanding electrochemical cycling performances. The researchers conducted half-cell and full-cell tests on the electrode and found that their electrode performs better than other electrodes based on pure nickel foam.

“This provides a simple principle for suppressing the lithium dendrites by simultaneously taking into account the advantages of conventional electrolyte and high-concentration electrolyte for stable Li-metal anode, which may be applied to other substrates for practical metal batteries,” Yang said.

Beyond coating negatively surface-charged materials on the electrode to guide the formation of interfacial high-concentrated electrolytes, the researchers aim to look for other ways to obtain this electrolyte structure as a means to achieving high-performance batteries. The researchers hope to achieve the commercial application of Li-metal batteries with high energy density, high safety and long life, by optimising the battery components.

The research was funded by the National Key Research and Development Program of China, the Haihe Laboratory of Sustainable Chemical Transformations and the Fundamental Research Funds for the Central Universities.