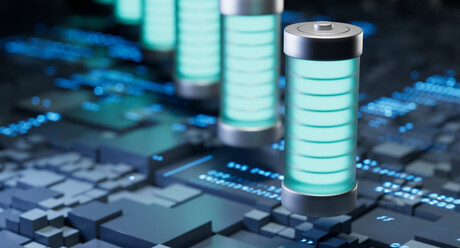 Renewable energy storage innovator Gelion has commenced industrial production of its gel-based zinc bromide battery with the launch of a manufacturing facility in Western Sydney, capable of producing two megawatt hours of batteries annually. Gelion’s non-lithium battery lasts for six to 12 hours and will be critical in replacing fossil fuel-produced energy on the grid by providing new storage options for a higher percentage of renewables.

The global battery market is forecast to grow by 2026, but there are currently significant challenges with unsustainable, unreliable or risky global supply chains, including a dependence on finite rare-earth materials and a predicted global lithium shortage. Gelion’s gel-based zinc bromide battery could solve these issues by being more cost-effective, recyclable, sustainably produced, safe in high temperatures and scalable on a predominantly Australian supply chain. Tests performed on the first batch of Gelion batteries have shown their performance meets customer requirements and the batteries will be supplied to the Acciona Energia solar plant in Narrava, Spain to potentially become part of Acciona’s supplier portfolio as a renewable energy storage provider. Gelion and Battery Energy are also experiencing interest from Australian customers and industry looking to decarbonise and improve energy security.

Hannah McCaughey, CEO of Gelion, said the company’s technology will be deployed to Acciona to support its development of renewable battery systems, adding that the industrial production of its battery will be a significant step forward in Gelion’s growth strategy, strengthening the company’s position in the rapidly expanding energy storage market. “We are delighted to be launching production of our breakthrough battery, proving it can be produced at scale with existing lead-acid battery manufacturing processes,” McCaughey said.

According to Gelion, this ability to create scalable onshore production facilities that can help Australia’s energy transition is critical to securing Australia’s sovereign manufacturing capabilities. The new Western Sydney facility officially launched on 30 September 2022 at a ceremony attended by Chris Bowen, Federal Minister for Climate Change and Energy, and Ed Husic, Federal Minister for Industry and Science.

“This is a great day for Gelion, starting the first industrial production line for their new Endure Battery, right here in Fairfield, the industrial heartland of Sydney. This is what Australian innovation is all about; cutting-edge technology and new manufacturing opportunities, which means more well-paying local jobs and upskilling in the workforce,” Bowen said.