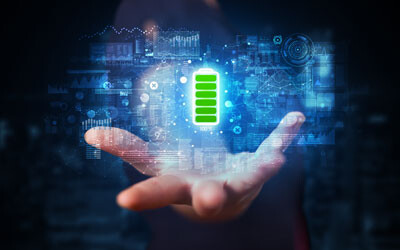 Australian and Indian researchers have shown how to improve sulfur utilisation in the batteries of the future, which would make them more efficient.

The research was conducted as part of a long-term collaboration between Monash University, Deakin University and the Indian Institute of Technology Bombay (IITB), funded through an Australia-India Strategic Research Fund (AISRF) project aimed at developing affordable high-performance batteries. Their work has been published in the journal ACS Energy Letters.

“Batteries of the future are necessary because in various significant market areas they form a vital part of the transition away from fossil fuels,” said study co-author Professor Douglas MacFarlane, from Monash University.

“Integration of renewables into the grid is hampered by the variability of the supply, and battery storage either in the home or at the wind/solar farm is seen as a necessary, but currently very expensive, component of the system,” he said.

The team’s study describes a high-energy density room-temperature sodium–sulfur (Na–S) battery, which offers the potential for inexpensive stationary energy storage at the grid and local level. The appeal of Na–S batteries is that the raw materials — sodium salts and sulfur — are very commonplace and inexpensive.

“However,” the study authors wrote, “their practical performance remains far from theoretical due to sluggish reaction kinetics, which limits both their energy and their rate characteristics.”

The team have now discovered that the simple chemical activation of a ‘carbon cloth current collector’ — which the researchers fill with a sulfur-based liquid electrolyte — could allow a Na–S battery to operate at near its theoretical voltage and deliver an energy density of just under 1 kWh/kg of sulfur. Activation of the carbon cloth causes it to become a catalytic agent in the discharge process of the sulfur electrode, leading to a higher overall voltage and extended cycle life. The battery could thus be charged and discharged at reasonable rates, for example spending half an hour charging and discharging.

“The most immediate application of these batteries in India could be in local transportation applications, for example in the auto-rickshaws that are extensively used in Asia as well as smaller electric vehicles (EVs),” said study co-author Professor Maria Forsyth, from Deakin University.

“In Australia we could see such batteries powering EVs, and they could also be used for home battery storage,” she added.

With the development of a novel silica-based cathode, scientists have realised...