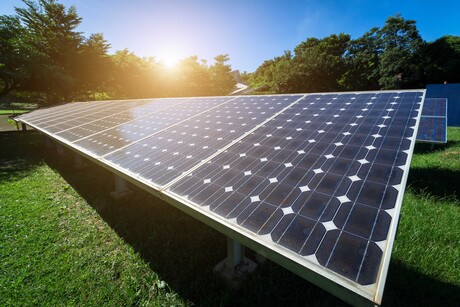 Tandem cells can be made from a combination of silicon — the most commonly used photovoltaics material — and new compounds like perovskite nanocrystals, which can have a larger bandgap than silicon and help the device to capture more of the solar spectrum for energy generation. Singlet fission, meanwhile, is a technique that produces twice the electronic charge carriers than normal for each photon of light that’s absorbed. Tetracene is used in these devices to transfer the energy generated by singlet fission into silicon.

Scientists and engineers around the world are working on the best way to incorporate tandem cells and singlet fission processes into commercially viable devices that can take over from conventional, single junction silicon solar cells commonly found on rooftops and in large-scale arrays. Now, work conducted by the School of Photovoltaic and Renewable Energy Engineering and the ARC Centre of Excellence in Exciton Science, both based at UNSW Sydney, has highlighted some key advantages to both tandem cells and singlet fission.

The researchers showed that both silicon/perovskite tandem cells and tetracene-based singlet fission cells will run at lower temperatures than conventional silicon devices. This will reduce the impact of damage from heat on the devices, extending their lifespan and lowering the cost of the energy they produce.

In the case of singlet fission cells, there’s another benefit. When tetracene inevitably degrades, it becomes transparent to solar radiation, allowing the cell to continue functioning as a conventional silicon device — albeit one that has initially operated at a lower temperature and delivered superior efficiency during the first phase of its life cycle.

“The commercial value of photovoltaic technologies can be increased by either increasing the energy conversion efficiency or the operational lifespan,” said lead author Dr Jessica Yajie Jiang, from the School of Photovoltaic and Renewable Energy Engineering. “The former is the primary driver for the development of next-generation technologies, while little thought has been given to the potential lifespan advantages.

“We demonstrated that these advanced photovoltaic technologies also show ancillary benefits in terms of enhanced lifespan by operating at lower temperature and more resilience under degradation, introducing a new paradigm to evaluate the potential of new solar energy technologies.”