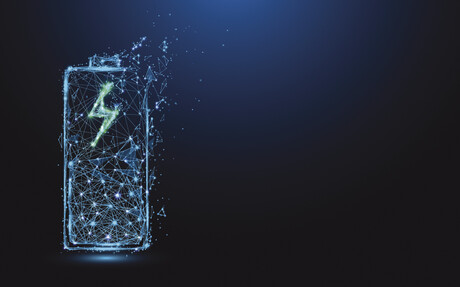 Researchers from Monash University have created a lithium–sulfur battery interlayer that promotes exceptionally fast lithium transfer, while also improving the performance and lifetime of the batteries. Published in the Journal of Materials Chemistry A, their breakthrough takes us another step towards the Holy Grail of renewable energy: the ability to store it cheaply.

“A lithium battery interlayer sits in the middle of the battery and keeps the electrodes apart; it helps lithium get from one side of the battery to the other faster,” said Professor Matthew Hill, who co-led the new research. “The new interlayer overcomes the slower charge and discharge rates of previous-generation lithium–sulfur batteries.”

Lithium–sulfur batteries offer higher energy density and reduced costs compared to the previous generation of lithium-ion batteries, storing 2–5 times as much energy by weight than the current generation of lithium-ion batteries. This means a car with one of these batteries might only need to be charged once a week. However, previously, the electrodes in lithium–sulfur batteries deteriorated rapidly and the batteries broke down. The new interlayer is designed to prevent this, delivering high capacity and long life.

“The interlayer stops polysulfides, a chemical that forms inside this type of battery, from moving across the battery; polysulfides interfere with the anode and shorten the battery life,” said PhD candidate Ehsan Ghasemiestabanati, lead author on the study. “It means the battery can be charged and discharged as many as 2000 times without failing.”

Additionally, lithium–sulfur batteries do not rely on metals like cobalt, nickel and manganese, which are critical minerals found in lithium-ion batteries. These metals are dwindling in supply globally and are often mined in places with high sovereign risk. Sulfur is in abundant supply in Australia and considered a by-product.

“These batteries are not dependent on minerals that are going to lack supply as the electrification revolution proceeds, so this is another step towards cheaper, cleaner and higher-performing batteries that could be made within Australia,” Prof Hill said.