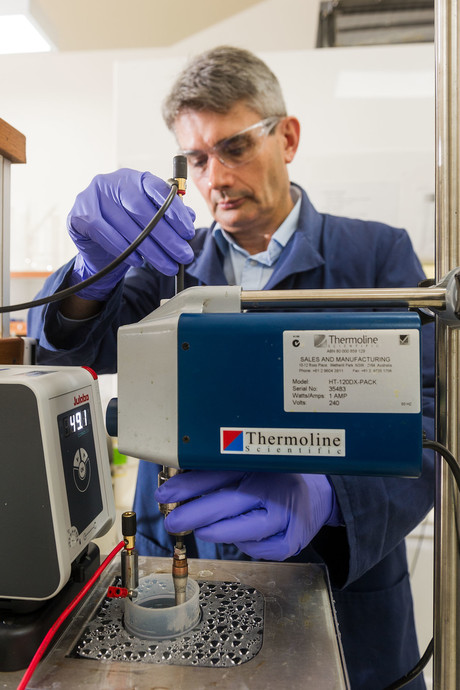 CSIRO intends to fill a gap in the global energy technology chain by supplying fuel cell vehicles (FCVs) with low-emissions hydrogen sourced from Australia. The two-year project will build on CSIRO’s expertise in separating pure hydrogen from mixed gas streams, in this case converting ammonia to high-purity hydrogen for use in FCVs.

Currently, the transportation and storage of hydrogen is complex and relatively expensive, making export commercially challenging. CSIRO’s membrane reactor technology seeks to rectify this, filling the gap between hydrogen production, distribution and delivery in the form of a modular unit that can be used at or near a refuelling station.

The membrane will allow hydrogen to be transported in the form of ammonia (which is already being traded globally), then reconverted back to hydrogen at the point of use. The thin metal membrane allows hydrogen to pass while blocking all other gases.

While Australia is a relatively small hydrogen market, the fuel can be distributed to emerging markets in Japan, South Korea and Europe using existing infrastructure. And with advances in solar and electrochemical technologies meaning renewable hydrogen production could become competitive with fossil fuel-based production, the membrane technology provides an opportunity to decarbonise both the energy and transport sectors while creating new export opportunities.

CSIRO will apply its expertise to all stages of the technology chain, including solar photovoltaics, solar thermal, grid management, water electrolysis, ammonia synthesis and direct ammonia utilisation via combustion and/or fuel cells, as well as hydrogen production. The project has received $1.7 million from the Science and Industry Endowment Fund (SIEF), which will be matched by CSIRO.