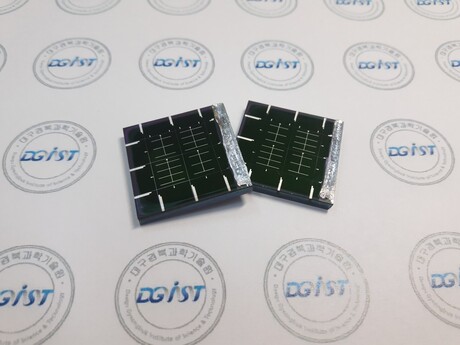 “Thin-film solar cells using bronze (Cu-Sn) and brass (Cu-Zn) as base materials are composed of non-toxic earth-abundant materials, and have been studied worldwide because of their low cost, high durability and sustainability,” said Dr Kang. However, using these alloys in thin film technology has its own drawbacks.

While the theoretical efficiency of these panels matches the efficiencies of top-market products, they tend to underperform drastically in practice. This is because of the formation of various defects in the materials, such as point defects, surface defects and volume defects, during the annealing (heating and cooling) process. These defects undermine the current flow, resulting in loss of electricity generated.

To bypass this issue, the team used a special ‘liquid-assisted method’, which allowed the grains of CZTSSe to grow at a faster rate. This meant that the grains could grow large even at low temperatures, preventing the change in the properties of the CZTSSe thin film. The scientists thus managed to overcome a significant hurdle in the search for low-cost, environmentally friendly solar energy, with one of their CZTSSe solar cells exhibiting an impressive 12.6% conversion efficiency.

“Our technology has diverse applications, including in electronic devices, household goods, buildings and vehicles,” Dr Kim said. “The best part is that CZTS solar cells are free of the current drawbacks of toxic and rare metals. We can install everywhere we want!”

South Korean scientists have put forth an innovative design for high-power transparent solar...

Self-charging batteries made from printable ink

The battery cells can create electricity from humidity in the air or skin surface to self-charge...

Researchers have developed an embedded energy harvester that is able to sustainably power smart...