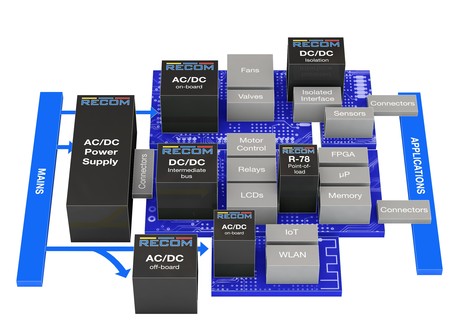 Complex modern circuits generally include a large number of components such as microcontrollers, ICs, DSPs, FPGAs, etc. And each of these components has its specific supply voltage requirements. The most efficient solution to cater for this is a distributed power system consisting of a shared ‘central’ power supply and lots of local converter modules.

Until recently, manufacturers opted for discrete devices, especially where large quantities were involved. As the prices for fully certified modules are dropping steadily, they have now become a viable alternative. Today, there are affordable modules available for virtually any application.

Although it has been known for some time that modular DC/DC converters offer greater efficiency and reliability, their high costs have prevented manufacturers from including them in their designs — especially where large numbers of converters were required. Despite the fact that the development costs are still on the increase, the prices for certified modules have dropped significantly over the last few years. And if other issues such as time to market are taken into account, modular converters are now often the cheaper option.

Pitfalls in the in-house development of DC/DC converters

While most manufacturers are already using purchased switched-mode power supplies in their circuits, they often still hesitate to include third-party DC/DC converters in their designs. There are two main reasons for this: on the one hand, DC/DC converters work with low DC power and are thus relatively simple components. On the other, they form part of the printed circuit board so that they should preferably be mounted in one process together with the other components.

At first sight, developing converters appears a relatively easy task. This is, however, a misconception, as the devil is in the detail — as is often the case with apparently simple devices. When designing a DC/DC converter, the particularities of analog technology are often causing serious headaches. Traces can for instance cause unforeseeable capacitance or inductance, which is not readily visible from the circuit diagram. Also, the performance of the transformer is not only determined by the chosen ferrite material, but also by the hysteresis loop range in which the device is operated. This can lead to high interference levels, so that repeat redesigns might be necessary. As a consequence, the product launch might need to be postponed, sometimes by several months. By opting for off-the-shelf modules, manufacturers can thus shorten their development time, and also minimise their commercial risk.

Other significant advantages of converter modules bought from a specialist supplier are their high efficiency and excellent reliability, as the modules have already been put to the test in thousands of applications. As modern designs generally include large numbers of converters, developers are well advised to keep an eye on the efficiency of each individual component. While large converters normally operate at an efficiency level of over 90%, such a rating is much more difficult to achieve with small DC/DC converters in the 1 to 2 W range, as each converter has a certain quiescent consumption, and this share is relatively greater in small converters than in large ones. The efficiency of optimised DC/DC converters is therefore around 85 to 92%, depending on the actual power and topology.

In this context, it would, however, be dangerous to look just at the absolute peak rating under full load without considering the efficiency in the lower load range. As a rule, all converters reach their greatest efficiency when operated with a load close to the rated one. The lower the load, the poorer the efficiency. Well-designed converters, however, offer consistent high efficiency, especially in the important medium to low load bands.

Tests in which the new R1SX-0505 1 W converter the size of a fingernail has been compared with a bespoke converter of an equivalent power rating reveal significant differences in regard to efficiency. Under full load, the custom-designed model reached an acceptable efficiency level of around 70%. However, this dropped to just above 55% under half load, while the RECOM module achieved 72% of efficiency even under half load, which is 17% higher. The power loss in the custom-designed converter was 409 mW, which is more than double that of the R1SX, with 195 mW. In this case, opting for the ‘off-the-shelf’ module would not only lower the energy consumption, but also reduce the heat load on the PCB. 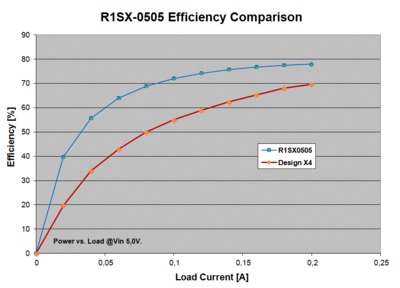 Figure 1: A comparison of a custom-designed converter and the R1SX from RECOM shows that the latter offers much greater efficiencies in the all-important medium to low load range.

Other advantages of modular converters

Modular converters are also the clear leaders when it comes to size and power density. As circuits become ever more complex, small footprints on the PCB prove a huge advantage. RECOM modules normally take up only half of the space that would be required for discrete converters. This is a significant advantage as space tends to be a scarce commodity on PCBs.

Modular converters also offer huge benefits when it comes to material management. Parts such as toroidal transformers, ferrite cores, chokes and transistors required for the production of bespoke converters are highly specialised components that would normally not feature on an internal parts list. By purchasing off-the-shelf modules, the parts list can be streamlined and kept manageable.

Last but not least: using certified components greatly facilitates the certification of the end product. To avoid nasty surprises, this final hurdle should be considered as early as possible in the design process. As a leading manufacturer in the field, RECOM is going one step further and offers its customers the option to have their product tested at its in-house EMC lab prior to submission for certification. 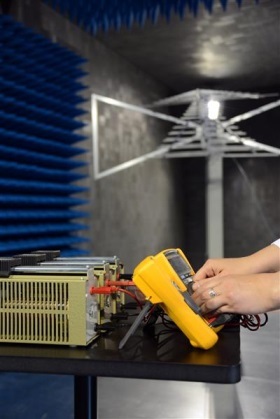 Figure 2: RECOM offers its customers the option of testing their applications prior to certification in its own EMC lab.

When comparing only the costs of components, the prices for discrete converters tend to be lower than those of purchased modules. A different picture emerges, however, when the development, testing and certification costs are taken into account.

In addition, the prices of modular converters have dropped significantly over the last few years. Devices of the abovementioned R1SX series from RECOM are now available for as little as €1.50 a piece, depending on the order quantity. Produced in an automated plant, these modules are extremely compact and reliable. They can, for instance, be operated under full load at temperatures between -40 and +100°C and come with an isolation capacitance that is around 40 times higher than that of competitor products. These converters are available for an input voltage of 3.3 or 5 V and output of 3.3 or 5 V and with 1 or 3 kVDC isolation. The series is fully certified according to IEC/UL/EN 62368-1 and UL 60950-1 and comes with a three-year warranty. 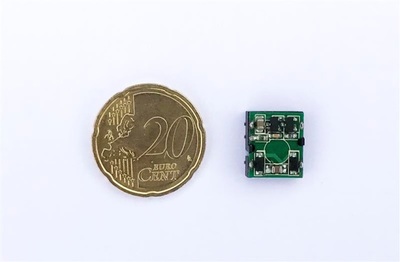 Figure 3: The R1SX 1 W DC/DC converter produced in a fully automated plant has an efficiency rating of 78% under full load.

DC/DC converters are used in almost every industrial, medical and transport installation, from...

RECOM has introduced a new series of DC-DC converter modules which are compatible with the DOSA...

It is important to ensure safe load balancing in order to prevent overloads.