Buck converters: from the circuit to the completely integrated module 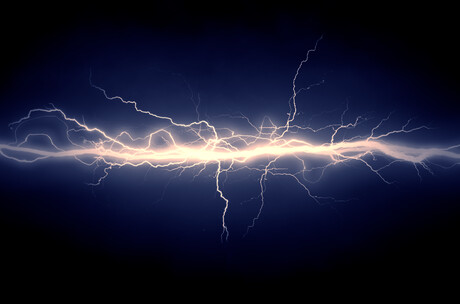 The buck converter has been in use for a century and is an indispensable part of today’s electronic circuits. This article describes how a crude electromechanical component has evolved into a miniature assembly that can process hundreds of watts of power.

Originally S1 and S2 were actually mechanical switches, but these were quickly replaced by silicon — S1 with a transistor and S2 with a diode. 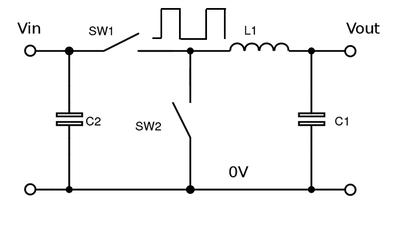 Over the years, efforts were made to integrate as many components as possible into the control circuit to reduce cost and size. One breakthrough was to integrate the main switch, S1, directly into the controller IC, but the coil as well as the diode still had to be mounted externally. Then, to further increase efficiency, in newer versions both switches (SW1 and SW2) were equipped with MOSFETs, allowing switching frequencies up to 2MHz.

Figure 2: The development of down converter integration (Image source: Recom). For a larger image, click here.

Coil integration as the key to miniaturization

After the changeover to MOSFETs had been successful, it was necessary to take a further step towards miniaturization. Due to the ever increasing switching frequencies, it was now possible to reduce the design of the coil. The amplitudes of the currents decreased, which had an effect on the size of the output capacitor. The use of higher quality capacitors with lower self-heating losses further supported this improvement.

Currently, however, the goal is to reduce design sizes and increase efficiency even further; to do this, the switched paths must be minimized and the components must be mounted on top of each other on the Z-axis.

This design enables fully automated production of very compact step-down converter modules. The resulting shortened connections of the self-shielding inductor also have a positive effect on EMC behaviour. Products manufactured in this way can also be overmolded, resulting in a lead-free QFN (Quad Flat No-lead) package with MSL3 rating and full environmental protection. An example of this is the RECOM RPX series (Figure 4) with a 2.5A output adjustable from 1.2V to 6V in a 4.5 x 4 x 2 mm small package, requiring only external input and output capacitors.

These modules are a complete solution that can be mounted on the user’s PCB using standard SMD assembly and oven soldering processes. RECOM has recently released three more RPX Series power modules based on FCOL technology using these new packaging techniques: The RPX-1.0, RPX-1.5 and RPX-4.0 series modules can deliver high input voltages up to 4A at up to 36VDC in ultra-compact 3 x 5 x 1.6mm (RPX-1.0 and RPX-1.5) and 5 x 5.5 x 4.1mm (RPX-4.0) QFN packages.

RECOM’s RPX-series micro power modules are an ideal solution to power battery applications due to their high efficiency and low power consumption in stand-by mode. With a wide input voltage range, a programmable output voltage and an output current up to 4A continuously, the RPX-4.0 series is particularly suited for industrial automation, e-mobility, drones or portable devices.

The importance of power quality cannot be overstated. There are innovative PQES solutions on the...

Power electronics is a key technology that enables the storage of electrical energy with a high...