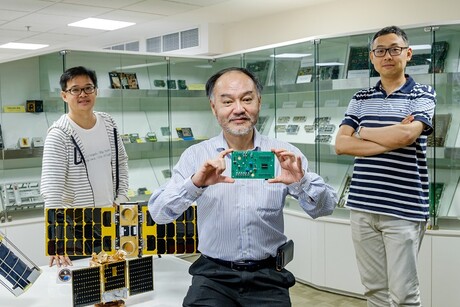 A ‘smart chip’ capable of protecting satellites from radiation damage could enable future satellites to carry more sophisticated equipment while being less costly to build.

Developed by researchers at the Nanyang Technological University, Singapore (NTU Singapore), the Latchup Detection and Protection (LDAP) chip can detect incoming heavy-ion radiation with the potential to cause serious damage to electronics.

When the effects of radiation (known as a single event latch-up) are detected, the chip shuts down other electronics in the satellite safely and turns them back on once the danger has passed. The chip itself is hardened and protected against heavy-ion radiation and can stay ‘awake’ throughout the event.

The technology for the LDAP has been verified under heavy-ion tests in a cyclotron — a type of particle accelerator that generates radiation particles — and the chip has been commercialised by Zero-Error Systems (ZES), a start-up incubated by NTU’s innovation and enterprise company, NTUitive. It has also been installed as part of the radiation-protection circuitry in three pico-satellites built by the Kyushu Institute of Technology for Japan, Paraguay and the Philippines, expected to be launched into space in 2021.

NTU team leader Professor Joseph Chang noted that conventional methods of protection use radiation-hardened space-grade electronics for each component of a satellite. This is costly, makes the satellite heavier and reduces choice to an older generation of ‘tried and tested’ components.

“By using our LDAP chip, satellite manufacturers are now able to employ the latest consumer-grade electronics, such as those used in mobile phones, to build satellites,” said Prof Chang, who is a founder and Technical Advisor at ZES.

“Pairing ZES technology together with advanced consumer-grade electronics will help to make it more cost-effective to launch satellites and constellations of satellites into space.”

Thermoelectric cooling can be better facilitated with the help of holey silicon — a...

Research by Hughes Electronics and London Southbank University has found that humidity makes a...

Selectronic granted use of Australian Made logo