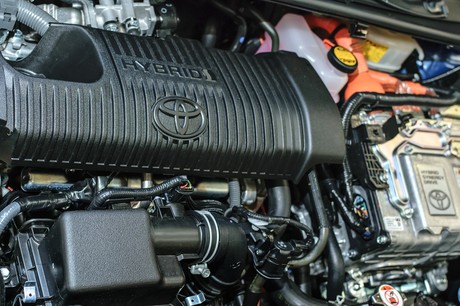 The automotive sector has seen a consistent rise of efficiency-improving technologies such as hybrid engines in the present times. One application of the hybrid engine is in the hybrid electric vehicle, which uses a combination of a conventional internal combustion engine and an electric motor.

The electric motor uses energy stored in the batteries. To charge up the battery, a regenerative braking system is used along with the internal combustion engine. The hybrid electric vehicle captures energy lost during braking by using the electric motor as a generator and storing the captured energy in the battery. The battery can have a voltage of several hundred volts. However, the cascading cells in a battery are typically only a few volts, connected in series to produce a high voltage level. Measurement of individual cell voltages presents an engineering challenge. Therefore, this article will be talking about things to consider while performing such measurements and selecting the appropriate measurement amplifier.

What is a common-mode voltage (CMMR)?

A common-mode voltage refers to the mean value of voltages at the amplifier inputs. As illustrated in Fig 1, a voltage source consisting of 3 V cells has the amplifier’s negative input terminal at 300 V and the positive input terminal at 303 V. The common mode voltage for this connection will come out as UCM = 301.5 V. This voltage gain refers to the amplification given to signals that appear on both the inputs of the amplifier relative to the common. A measurement amplifier is used in this case to correctly measure the voltage applied between its plus and minus terminals, without getting influenced by the common-mode voltage.

As demonstrated in Fig 2, in order to determine the difference of 3 V with an adequate accuracy, an extremely small uncertainty is used. In measurement amplifiers, this is done using common-mode rejection ratio (CMRR), which is referred to as the capability to suppress common mode voltages. The resulting output voltage Uo is calculated using the equation formulated based on the CMRR.

Now the value of CMRR gets affected by the common-mode voltage frequency. With an increase in the frequency, the CMRR decreases, which is not desired in this case for calculating the voltage difference accurately. The higher the CMRR, the better the measurements. Good amplifiers suppress common-mode voltages by 120 dB (factor 108); very good ones reach up to 140 dB (factor 107). Note, however, that this CMRR is mostly specified only for 50/60 Hz.

Additionally, since a hybrid engine has an inverter connected between the DC battery and the electromotor, if the common mode voltage comes from the inverter, then it is to assume that the frequencies present in the inverter lie in the kHz range and the CMRR for such signal is substantially lower. For instance, the CMRR in the diagram above is only 80 dB at 50 kHz.

Isolation amplifiers are a type of differential amplifiers that allow measurement of small signals in the presence of high common-mode voltages. As in the case of a hybrid electric vehicle, high common-mode voltages such as those occurring in hybrid car batteries can be dangerous for humans coming in contact with them. Isolation amplifiers help in this regard by providing electrical isolation and an electrical safety barrier. Different types of isolating amplifier channels are illustrated in Fig 4. The amplifiers can be isolated using block isolation technique or by individually insulating each channel. The input voltage USIG1 and USIG2 each are referenced to Ground 1. Let’s take an example. Suppose that neither of the four input lines have a voltage differential to Ground 1 higher than 10 V. Also, a voltage differential of 1000 V is permitted between Grounds 1 and 2 (isolation voltage).

In order to understand the situation with block-isolated amplifiers, consider the image at right (Fig 5) that is illustrating a model applied to one channel. This system has voltage Usɪɢ coupled to Ground 1 via the common mode voltage UCM and an electrical separation achieved by magnetic or optic coupling, which is providing the desired insulation barrier in this case. Between Grounds 1 and 2, there may be an additional voltage UIM present, which is the voltage across the isolation barrier. Isolation mode ratio, which is analogous to CMRR in unisolated amplifiers, represents the ability to suppress feed through voltages across the isolation barrier to the output. In such a case, the resulting output voltage is calculated from the following equation:

If the channels are individually isolated, the set-up will be more costly. In this case, the amplifier’s minus input can be connected with Ground 1. This wiring is performed by the manufacturer and the user doesn’t need to be concerned with it. When there are multiple channels, then each channel is electrically separated from each other channel and all of them are separated from Ground 2. In this case, the amplifier is in the so-called single-ended mode. As a result, no common-mode voltage can emerge on the amplifier’s input side and the resulting output voltage UA is given by:

It should be noted that for individual and block isolation, the ideal isolation between the grounds is only present for DC voltage differences. While the parasitic isolation resistance can be quite high (1012 Ω), the parasitic capacity CISO gets influenced by high frequencies. For instance, for a low capacitance of only 10 pF, when the signal frequency of f = 1 MHz is provided, the resulting capacitive resistance is XC = 1/(2 π f CISO) = 15.9 kΩ. This implies that the isolation effect decreases with higher frequencies.

How is a test voltage different from an isolation voltage?

In compliance with American UL standards, the test includes applying this test voltage UTEST for 60 s and observing any leakage current across the insulation barrier. This ensures that the device has adequate insulation that guarantees safety in a high-voltage spike situation. Hence, by means of isolated amplifiers, the voltage of individual cells cascaded in the battery of the hybrid engine can be measured.

Bestech Australia specialises in supplying advanced sensors, instrumentation and data acquisition system in Australia and New Zealand. With a team of factory-trained engineers and product specialists, we are capable of attending to any measurement difficulties you encounter in the industry. Contact us to have a chat regarding your applications.

The key to success in test and measurement

In an era of 5G, IoT, wearables, smart devices and more, how do you ensure your electronics...

5G ushers in a new era of wireless test

Testing 5G components and devices with over-the-air methods instead of the cabled methods...

Is water the solution for renewable energy storage?