The key to success in test and measurement 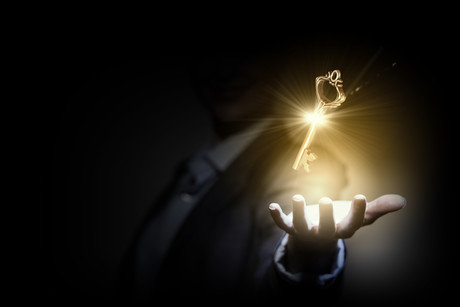 In an era of 5G, IoT, wearables, smart devices and more, how do you ensure your electronics company stands out from the crowd? According to test and measurement business Keysight Technologies, the secret is to take a customer-focused, R&D-centric approach.

Keysight recently celebrated the opening of its new site in Mulgrave, Victoria — relocating and merging its pre-existing calibration labs with those of Thales Calibrations Services, which the company acquired in late 2018. The move to the custom-built, combined site largely occurred due to the high level of growth Keysight has experienced since branching off from life sciences company Agilent Technologies back in 2014, enabling it to concentrate on test and measurement applications for the electronics industry.

According to Page, the hard work in question involved totally reorganising the company so that it could double its spending on R&D, having always had to share such investment with Agilent in the past. It’s just as well, then, that there’s “a huge amount of R&D work” that goes on in the Australian electronics industry, Page said.

The importance of R&D was reiterated by Steve Karandais, General Manager and Director at Keysight Technologies Australia. He said the company is very much looking to the future, and at being at the forefront of technologies such as 5G, IoT, connected cars and mmWave.

Page recalled: “There were people, when we broke off from Agilent, who said, ‘You should cut your R&D’. We said, ‘No, we’re going to double our R&D and we’re going to be first in these markets’. Because somebody needs to lead this stuff, and there’s this huge opportunity there that’s a much higher ROI for us.”

In the case of 5G, for example, the company has spent the past five years working with universities, standards bodies and chipset providers to help define exactly how 5G could be achieved — and providing the equipment and software for these organisations to conduct their own tests along the way. And with Karandais claiming that 25% of all traffic will be carried by 5G by 2024, it’s a move that looks set to pay off.

“Back when people didn’t even know what 5G was yet — it wasn’t defined, it wasn’t anything — we put a very concerted effort, and real dollars and investment, behind understanding 5G, driving 5G, pushing it forward, helping standards bodies, and all those things,” said Page. “So we invested very early on in that. And now 5G is everywhere.

Page added that Keysight is driven by the success of its customers, whose test and measurement needs are now higher than ever before — particularly in manufacturing environments, where software and analytics are required to decipher millions of measurements every second. As a result, the company has been reorganised to focus on customer applications; so rather than having different divisions for each product, products are brought together to create customised solutions. In addition, the company now offers a variety of services supporting customers throughout the life cycle of their entire project.

“Rather than being hardware focused and just maintaining equipment, it really became, ‘Okay, we’re trying to deliver a solution to the customer. How do we do that?’ And so you can’t really have a solution if services isn’t part of it,” Page said.

One such service surrounds asset utilisation and optimisation, with the company analysing whether customers are utilising their existing instruments efficiently. For example, Page said Keysight recently signed a deal with a group that was getting about 75% utilisation from its test equipment — and set out to increase this to over 90%.

“That’s like having whole new sets of equipment for free that they never had before,” he said. “Now it’s all up and running all the time; before they’d have to have an extra third of equipment, basically, because things would be out of service at times.”

It’s all a part of the newly launched KeysightCare service model, Page said, which offers support for instruments, software and solutions in the form of a dedicated online portal, scheduled calibration of test equipment, notifications of software and firmware updates, and access to experts who possess knowledge and understanding of current and changing technologies — all in an effort to reduce downtime, which is typically one of the biggest drains on any company’s time and money.

“There’s this MIT study that talks about how one of the biggest delays in projects is caused by downtime; so having engineers who are stumped by something,” said Page. “Their equipment isn’t working right, or they don’t understand something. So KeysightCare really is about uptime, and keeping them going.”

So what’s next on the horizon for a company that has committed to being a market leader in new technologies? According to Page, there’s still “a lot of runway left” in 5G, with Keysight aiming to remain at the leading edge. The company is also embracing the IoT — which is expected to connect around 22 billion devices by 2025, according to Karandais — and is excited to be implementing the technology in its own devices, with Page noting how advantageous it is for test and measurement applications.

“They [the devices] are all connected to the network, they all bring back data, they all carry out analytics,” he said. “We have lots of data, so there’s lots of opportunities to tie that all together.”

Finally, Page revealed that Keysight is “investing heavily” in quantum computing, working with leading researchers around the world to help drive the technology forward. He admitted, “It’s really early days, but you can’t wait till everything’s figured out if you really want to contribute to it.

“How big is it going to be? How quickly is it gonna come? Nobody knows exactly, but it goes back to the philosophy of: invest in those areas and be first.”

When developing satellite electronics, testing occurs throughout all stages of spacecraft...

The automotive sector has seen a consistent rise of efficiency-improving technologies such as...