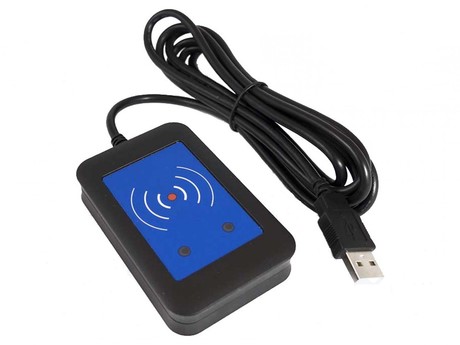 Devices using RFID technology for identification are widely used in warehouse logistics, shipping and management. A large number of available solutions and a frequent need to integrate them into a single, coherent system can be problematic and time-consuming.

Solutions offered by Elatec allow you to reduce costs and time that are necessary to integrate new solutions into the existing systems.

The rapidly growing market of RFID and wireless communication systems poses new challenges to hardware manufacturers and solution integrators who offer Auto ID products. Regardless of the area of application, the key element is the choice of the right RFID technology for proximity identification. It is of crucial importance, as many different RFID standards operate in parallel. In this way, often used RFID technologies differ in standard from the newly introduced solution. An example of such a problem can be an office building, where RFID technology is used to control access of employees. At some point, there is a need for systemically integrated access of employees to printers equipped with RFID readers installed in the building. Let us assume that the readers used in printers work in a different standard from that used for access control. This situation forces the employees to use two cards — one allowing access to the workplace and the other for identification purposes in the printer. Universal Elatec RFID readers and modules eliminate this inconvenience by offering support for the vast majority of currently used RFID technologies. This applies to both low-frequency (LF) 125/134.2 kHz and high-frequency (HF) 13.56 MHz communications.

Smartphone instead of contactless card

In addition to support for most RFID technologies, the latest Elatec TWN4 MultiTech 2 BLE proximity reader supports NFC and Bluetooth Low Energy (BLE) technology. As a result, RFID cards can be omitted in the identification process and smartphones can be used instead. The reader supports the most popular models, such as iPhone devices and smartphones with Android and Windows operating systems. Following the example of an office building, the use of Elatec readers makes it possible to avoid identification problems for employees who have forgotten to take their card from home.

Another great advantage of TWN4 MultiTech RFID is that its functionalities can be automated with scripts that are run directly in the reader. In addition, the script can be changed to allow the reader to use a different RFID standard. Modification can be done via wireless interface using a TWN4 configuration card. This is a great convenience for maintenance employees and technicians who don’t want to waste their time disassembling integrated devices and it makes it possible for them to reconfigure such devices quickly and non-invasively.

In the case of switching from one solution to another, such as in the example presented above, recognition of the previously used RFID technology is essential in order to propose a new, optimal solution. As a standard, an RFID card used in the existing application would have to be sent to the supplier or integrator. This lengthy procedure is no longer required with Elatec RFID analysis tools such as TechTracer Lite. It can recognize the RFID technology used in the existing solution on the spot. This saves both the solution provider and the customer time, costs and the risk of mistakes.